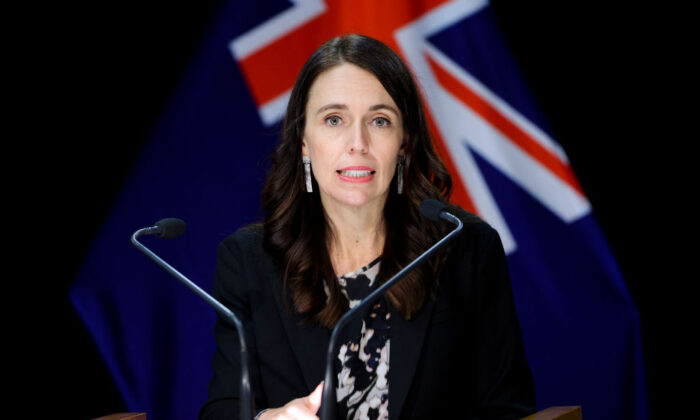 New Zealand’s prime minister has called on China to reject Russia’s aggression against Ukraine and contribute to ending the war.

Speaking at the China Business Summit in Auckland, New Zealand, on Monday, Prime Minister Jacinda Ardern said that Russia’s illegal invasion of Ukraine had placed the international rules and norms “under threat.”

“As history shows us repeatedly, when large countries disregard sovereignty and territorial integrity with a sense of impunity, it does not bode well particularly for small countries like New Zealand,” she said in her remarks.

“And that’s why as a permanent member of the United Nations Security Council, and in line with its commitment to the UN Charter, we continue to urge China to be clear that it does not support the Russian invasion, and have called on China to use its access and influence to help bring an end to the conflict.”

Ardern warned that the Russia–Ukraine war has global repercussions, including in the Indo–Pacific region, where tensions have also increased.

Beijing has been increasing its military activities in the disputed South China Sea and near Taiwan, which it views as a renegade province that must be reunited with the mainland.

Following that, Ardern said that New Zealand remains consistent with its position “to call for adherence to international rules and norms, diplomacy, de-escalation, and dialogue rather than threats, force, and coercion.”

“But even as China becomes more assertive in the pursuit of its interests, there are still shared interests on which we can and should cooperate,” she said.

Ardern emphasized that there are areas where both sides benefit, particularly in trade and agriculture, as well as those that “matter deeply to New Zealand” and where China’s interests and worldview differ.

“In all of these areas we are willing to engage—consistently, predictably, and respectfully. But we will also advocate for approaches and outcomes that reflect New Zealand’s interests and values, and speak out on issues that do not.”

The small island nation’s economy is reliant on its biggest trading partner, China, and the government has usually strayed from taking a strong stance against the Chinese regime.

China has refrained from condemning Russia for its invasion of Ukraine, citing Russia’s “legitimate concerns on security issues” as justification. The two nations declared a “no limits” partnership on the opening day of the Beijing Winter Olympics on Feb. 4, 2022.

Russia has said it recognizes Taiwan as “an inalienable part of China” and rejects the island’s independence “in any form,” while Beijing has backed Russia’s opposition to the enlargement of NATO, according to the two nations’ joint statement.