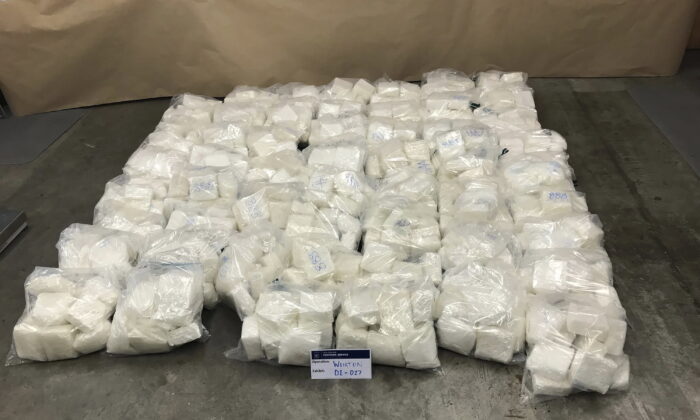 WELLINGTON, New Zealand—New Zealand police said Wednesday they had seized more than half a ton of methamphetamine at the border and arrested six people in one of the nation’s biggest drug busts.

Police said they intercepted the shipment of 613 kilograms (1,351 pounds) of meth at Auckland Airport on Thursday and began making arrests late Tuesday.

Those arrested are all from Auckland and aged between 27 and 36. They face charges of importing and supplying meth, as well as money laundering.

Police said some of those arrested have links to an Australia-based gang, the Comanchero Motorcycle Club. They said the drugs had a street value of 245 million New Zealand dollars ($166 million).

Police Commissioner Andrew Coster said the drugs could have caused immense harm to the vulnerable communities the criminals were targeting.

Police said their investigation was continuing and that they might make more arrests. They didn’t immediately say where the drugs had been shipped from.