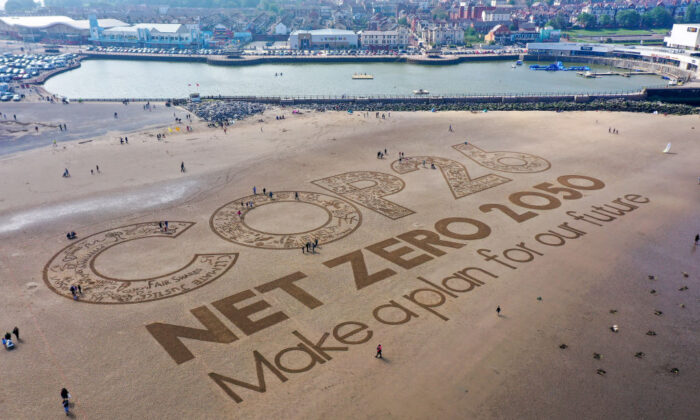 The NZ government is setting itself a new Nationally Determined Contribution (NDC) under the Paris Agreement that will aim to reduce net emissions by 50 percent below its gross 2005 level by 2030—equating to a 41 percent reduction on previous levels.

The government will use an “emissions budget” approach that will essentially place a cap on the number of emissions allowed within a predetermined period.

“Climate change is a priority for the government because it’s a threat to our economy, our environment and our everyday lives,” Ardern and Shaw said in a press statement on Oct. 31.

“While we are a small contributor to global emissions, as a country surrounded by oceans and an economy reliant on our land, we are not immune to the impact of climate change, so it’s critical we pull our weight,” they said.

“New Zealand’s enhanced contribution to the global effort to fight climate change now represents our fair share and is in line with what’s needed if we are to avoid the worst impacts of global warming on New Zealand.”

The Ardern government is acting on recommendations from the Climate Change Commission, which is aiming to reduce global temperatures to 1.5 degrees above pre-industrial levels.

The announcement comes after the neighbouring Australian government agreed to adopt a net zero target by 2050 following international political and media pressure.

Although the target was adopted, Prime Minister Scott Morrison emphasised that it would be achieved through the technological development of new energy generation sources rather than harsh cuts to industry.

“Australians want action on climate change,” Morrison said in a media release on Oct 27. “But they also don’t want their electricity bills to skyrocket, the lights to go off, for their jobs to be put at risk or for the way of life in rural and regional communities to be sacrificed.”

Morrison and Ardern are both taking part in COP26, which comes after the G20 Summit, which saw countries struggle to agree to dramatic climate change goals.

It led to UK Prime Minister Boris Johnson calling the G20’s commitments as “drops in a rapidly warming ocean when you consider the challenge we’ve all admitted is ahead of us.”

“The countries most responsible for historic and present-day emissions are not yet doing their fair share of the work,” he told reporters. “If we are going to prevent COP26 from being a failure, that must change.”

Meanwhile, US President Joe Biden placed the blame on China and Russia.

“Russia and China didn’t show up in terms of any commitments to do with climate change,” he told reporters.