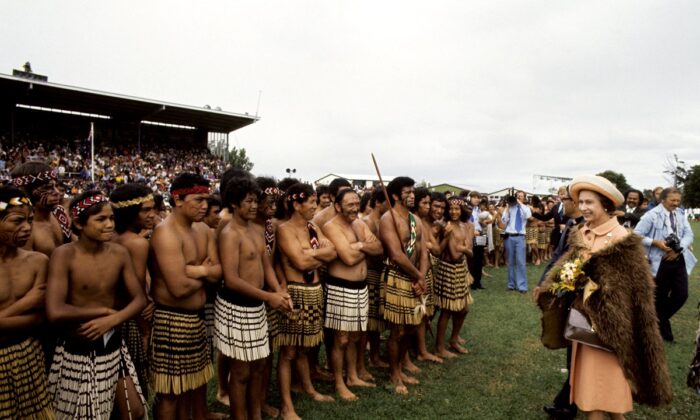 New Zealand Prime Minister Jacinda Ardern has become the first Commonwealth leader to rule out the possibility of her country becoming a republic while she’s in power in the wake of Queen Elizabeth II’s death.

On Sept. 11, Gaston Browne, prime minister of Antigua and Barbuda, said he would push for a referendum on becoming a republic in the next three years, following the lead of regional neighbor Barbados, which became a republic last year.

Browne told ITV, “This is not an act of hostility or any difference between Antigua and Barbuda and the monarchy, but it is the final step to complete that circle of independence, to ensure that we are truly a sovereign nation.”

In June, the Jamaican government stated that it also planned to transition toward becoming a republic by 2025.

Not on the Agenda

But on Sept. 12, Ardern said: “I’ve made my view plain many times. I do believe that is where New Zealand will head, in time. I believe it is likely to occur in my lifetime. But I don’t see it as a short-term measure or anything that is on the agenda any time soon.”

New Zealand and Antigua are among 14 former colonies of which King Charles III is the head of state, with each one being represented by a governor-general.

Australian Prime Minister Anthony Albanese said on Sept. 11: “Now is not a time to talk about our system of government; now is a time for us to pay tribute to the life of Queen Elizabeth. Quite clearly, this is a time of national mourning.”

After winning the general election in May, Albanese appointed Matt Thistlethwaite to the new position of assistant minister for the republic. Thistlethwaite said there would be no change in the queen’s lifetime.

Albanese is on record as having said that holding a referendum on becoming a republic wouldn’t be a priority during his first term.

In 1999, Australia held a referendum on becoming a republic—with a president chosen by parliament, replacing the British monarch as head of state—and 54 percent of voters rejected the idea.

The leader of the opposition Labor Party, Kim Beazley, said at the time: “The referendum was quite clearly lost because of the way it was set up, setting up one form of republic against the other. Nothing will ever kill off the republican movement. Nothing will kill it until it succeeds.”

The leader of Canada’s third largest party, the NDP, said last week that he was in favour of the country becoming a republic.