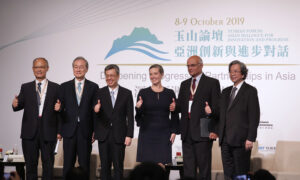 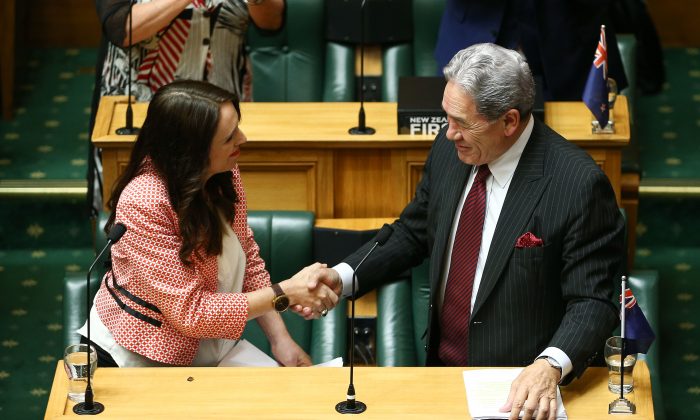 New Zealand’s Deputy Prime Minister Winston Peters has defended his support of Taiwan joining the World Health Organisation’s (WHO) next meeting on May 18 and 19 after the Chinese Communist Party (CCP) criticised him for it.

Peters, who is also New Zealand’s foreign affairs minister, told 1News on May 11 that Taiwan’s expertise at dealing with the CCP virus (commonly known as novel coronavirus) would be helpful to the rest of the world.

“Taiwan has been a standout society—435 cases and only four deaths—and they’re not going into relapse like China and South Korea are,” said Peters.

Responding to questions about Peters’ comments, China’s Foreign Ministry spokesperson Zhao Lijian said on May 11 that New Zealand was in a direct violation of its one-China policy which was the “fundamental underpinning” of its relations with New Zealand.

Singling out Peters, Zhao said that support for Taiwan was a political manipulation and asked that “certain people” in New Zealand stop “spreading rumours and creating trouble” that he said would undermine its bilateral relationship.

Zhao accused Taiwan of taking advantage of the pandemic to seek “Taiwan independence.” The People’s Republic of China (PRC) views the autonomous island as one of its provinces.

Peters dismissed the regime’s remarks noting that China’s relationship with New Zealand is an equal one and New Zealand has “the ability to, in this friendship, nevertheless disagree.”

Pointing to the New Zealand government’s previous record of protesting the French pacific nuclear tests Peters said, “We didn’t back off our responsibility to our neighbourhood and, dare I say, to humanity,” he said.

“We have got to stand up for ourselves,” Peters continued.

“It’s really impossible to understand why, in the interest of helping the international community… that we wouldn’t try to find out why it happened, how it happened, so we can do all we can internationally to ensure it doesn’t happen again,” said Peters.

Peters had originally flagged the move on May 5 when he told the New Zealand Herald that he had personally supported the idea of Taiwan joining the WHO for 30 years.

“In the interests of international health, you want every country in an international organisation designed to improve the world’s health. It’s just logic,” Peters said.

New Zealand’s 1News also reported that Prime Minister Jacinda Ardern had said that New Zealand would still recognise the one-China policy. However, the call for Taiwan to re-join the WHO was to learn from their pandemic response.

“It’s about being able to gather that knowledge, but it fundamentally does not change our policy with regards to one-China,” Ardern said.

New Zealand’s bilateral ties with the communist regime are based on the one-China policy which stipulates that there is only one sovereign state of China, not two; with those being the Peoples Republic of China (PRC) and the Republic of China (ROC) also known as Taiwan.

The CCP has previously used the one-China policy to stop countries from formally recognising Taiwan, and from participating in international organisations like WHO.