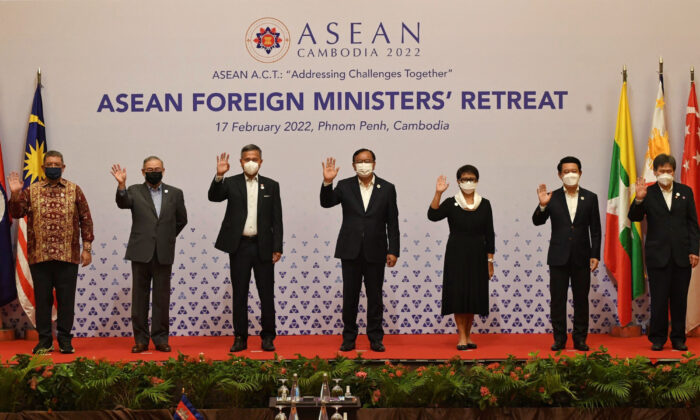 The New Zealand government has announced that it has appointed Stuart Calman, the deputy head of its mission at its embassy in Beijing, as the country’s new ambassador to the Association of South-East Asian Nations (ASEAN) based in Jakarta, Indonesia.

“We have long been a supporter of ASEAN and ASEAN-centred architecture, which has been pivotal to the long-term stability and growth of the region.

“During my visit to Jakarta last year, I was able to grow this partnership through meeting Sec-Gen Dato Lim Jock Hoi and ASEAN Permanent Representatives, where we discussed our work together on issues including recovery from COVID-19, climate change, and regional resilience,” Mahuta said in a release.

Western democracies, including Australia and the United States, allies of New Zealand, have sought to bolster economic and security cooperation with Southeast Asia via ASEAN to forge a united front against China in the Indo-Pacific.

The United States and China are competing for dominance in Southeast Asia, which has become a strategic battleground. The Chinese regime has unresolved territorial disputes in the region, and claims most of the South China Sea, with its vital trade routes that link the region. Beijing has also turned up military and political pressure on self-ruled Taiwan, with it considers it’s own.

In December 2021, U.S. Secretary of State Antony Blinken visited the Indonesian capital Jakarta, along with Malaysia and Thailand, on his first Southeast Asia trip to pursue President Biden’s aim of elevating engagement with ASEAN to “unprecedented” levels in the face of Beijing’s belligerence.

Calman will take up his position in April after having previously held roles at the New Zealand High Commission in Canberra and the Australia Division of New Zealand’s Ministry of Foreign Affairs and Trade (MFAT).

He has also been a special adviser to the Deputy Secretary’s Office, Pacific and Development Group and held several management positions in the Ministry of Economic Development, the Ministry for the Environment, and MFAT.

The country’s foreign minister highlighted the importance of maintaining and growing New Zealand’s diplomatic relationships and the role its partnership with ASEAN will play in that, with expectations that Calman’s appointment will further those ties.

“I look forward to seeing Aotearoa New Zealand and ASEAN continue to play an important role in tackling the range of geopolitical, health and economic challenges facing our region,” Mahuta said.