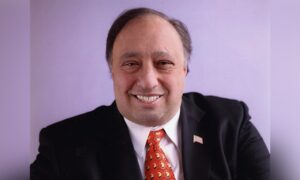 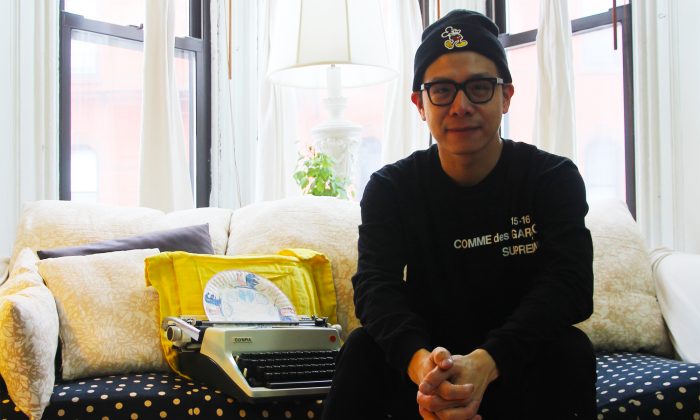 Not many people think about the humble, disposable pizza plate once it has served its purpose. For New York-based Thai artist Nutthawut Siridejchai, the paper plate has become a symbol of sorts and the subject of his new exhibition.

“Paper plates as the material in my work represent the state of ‘come and go,'” says Nutthawut. The temporal nature of the plates is much like his status in the United States, where he has been living since 2009.

Nutthawut used a typewriter to create artistic representations of his mother’s dishes that he yearns for, as an experiment to convey his story and his relationship with memories.

“I want to dedicate my artwork to my mom, for her life that she has sacrificed for me,” said Nutthawut, whose mother raised him and his two siblings single-handedly after the death of his father when Nutthawut was 12 years old.

Seafood is expensive in Thailand and something that was reserved for special occasions. Yet Nutthawut’s middle-class, single mom preferred to get it fresh from the market, bringing it home to prepare it her way for her three kids.

“Every time I have seafood, it reminds me of her. I use pizza seasoning and hot dog dressing as paint in these artworks, putting it the way I always do, to let Mom know that I have her food in my own way, that it was my choosing to leave for the U.S.,” writes the artist in his statement that encapsulates the theme and purpose of the exhibition.

After studying jewelry in Thailand and working in the industry for a few years, Nutthawut came to New York looking for the meaning of life.

Nutthawut chose the Art Space at Sugar Club to show his works because it is a cultural hub for the Thai community in Elmhurst, Queens. Known as the place where Thai people can look for work and housing, as well as authentic Thai food, the Sugar Club is the closest connection in New York Nutthawut has to his family and his country.

He also hopes that in his work, other immigrants will recognize a familiar struggle: the idea of missing and being missed. “Missed,” he points out in his statement, doesn’t refer only to missing loved ones, but also missing meaning and context and being mistaken.

Nutthawut uses an old-fashioned typewriter as a medium because, unlike using a computer where one can delete, typewritten work cannot be deleted. He explains that it’s a lot like an action, a mistake in life: “You cannot go back, you have to admit it, you have to re-do it,” he said.

Like the finality of the typed word, the decision to live in the United States carries a finality that Nutthawut wants to communicate to his mother in a heartfelt way that also speaks of his current sense of place, aspirations, and un-deletable memories.