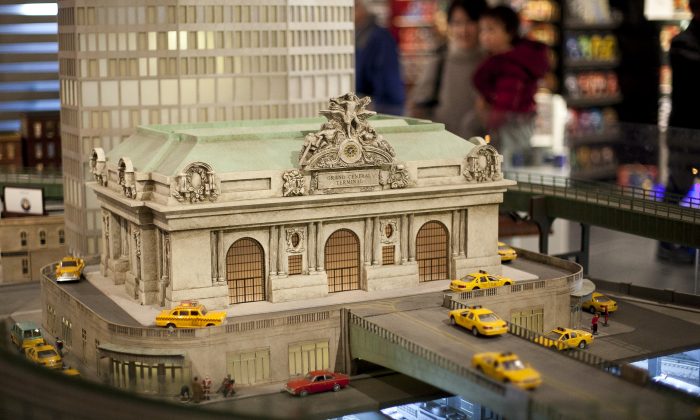 Under Grand Central Terminal’s cosmic vault, throngs of people cross paths in an oddly coordinated whirlpool around the acorn-shaped clock.

Looking from the constellations above, the busy scene seems small.

But steps from the action an even smaller world beckons. An exhibit of finger-sized people in holiday sweaters, business suits, and work overalls is frozen in time as trains speed by.

Walk in for free until mid-February. The exhibit is located in the Shuttle Passage off the Main Concourse. More information here.