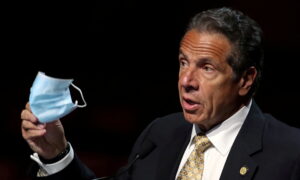 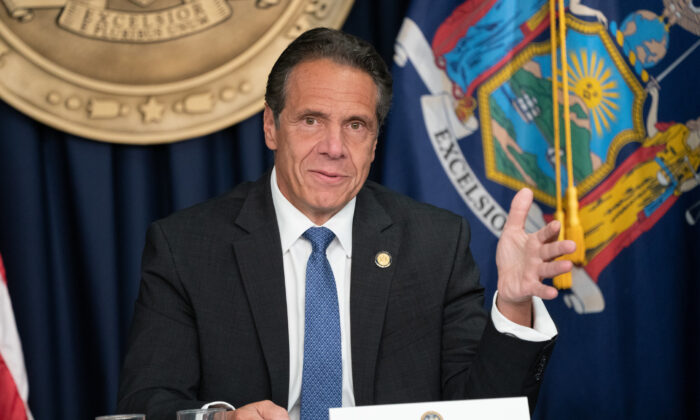 Fifteen months after coronavirus first tore through the U.S., the state’s declaration of emergency will expire Thursday, a step toward a ”post-COVID” New York, the embattled governor said during a news conference in Manhattan.

“The emergency is over,” Cuomo said during the briefing at his Midtown office. “It will not be renewed, it will punctuate the expiration of the emergency we have been in because New Yorkers rallied, and essential workers rallied.”

U.S. Centers for Disease Control and Prevention guidelines will remain in place, meaning masks will still be mandatory in certain settings such as public transit, hospitals and jails.

Masks are also recommended for those who are unvaccinated in most settings.

While critics have long called for Cuomo’s powers to be reined in, some popular pandemic-era rules—including allowing restaurants and bars to sell alcoholic beverages to go—will now come to an end.

A bill that would have made takeout alcohol permanent failed to pass the Legislature earlier this year.

“While the lifting of the emergency order is a welcome milestone to the end of the pandemic, with it comes the sudden end to alcohol to-go,” said Melissa Fleischut, President and CEO of the New York State Restaurant Association. “Only in New York would elected officials ignore an overwhelming majority of the public.”

The end of the emergency declaration comes a week after most remaining COVID-19 restrictions were lifted in the Empire State as infection rates remain at near-record lows and vaccinations continue.

Roughly 50 percent of adults in the state are now fully immunized against the deadly virus.

Capacity limits and social distancing measures were eased earlier this month after approximately 70 percent of adults received at least one shot.

Cuomo celebrated the vaccination milestone with fireworks displays across the state, prompting derision from critics since the governor maintained extraordinary pandemic powers due to the ongoing emergency declaration, first enacted in March 2020.

That, coupled with broad powers granted to him by the Legislature last year, gave Cuomo the ability to impose restrictions on businesses, impose mask mandates and even override states law via executive order.

Opponents bristled at the unilateral authority granted to the governor.

The Democratic-controlled Legislature limited Cuomo’s emergency powers in March after the scandal-plagued governor was accused of sexual harassment by multiple women and several probes were launched into his administration’s handling of the pandemic.

Republicans, who argued for months that Democrats did not go far enough, called the rolling back of the declaration “long overdue.”

“The progress we’ve made wouldn’t have been possible without thousands of frontline workers, business owners and everyday New Yorkers who sacrificed so much over the past year,” said Republican state Senate Minority Leader Robert Ortt.

“We must do better to restore trust in our government, and that begins by making ourselves more accessible and accountable as state leaders,” he added.

Cuomo, repeating a mantra he’s used at most public events in recent months, said his focus now is on New York’s economic recovery. “We’ve learned a lot since last year,” he said. “We’ve learned many lessons during COVID. So we’re not going to just rebuild, we’re going to reimagine New York.”

Joined by union leaders and representatives for the National Guard, Cuomo also unveiled plans for a “Circle of Heroes Monument to Essential Workers” that will be located in Battery Park City and completed by Labor Day.

Cuomo also held a ceremonial signing for a new post-pandemic law that ensures safe staffing levels at hospitals and nursing homes across the state.

The new mandates will lead to enforceable staffing standards at hospitals and elder care facilities in New York regardless of whether the facility is public or private, not-for-profit or for-profit, union or nonunion.