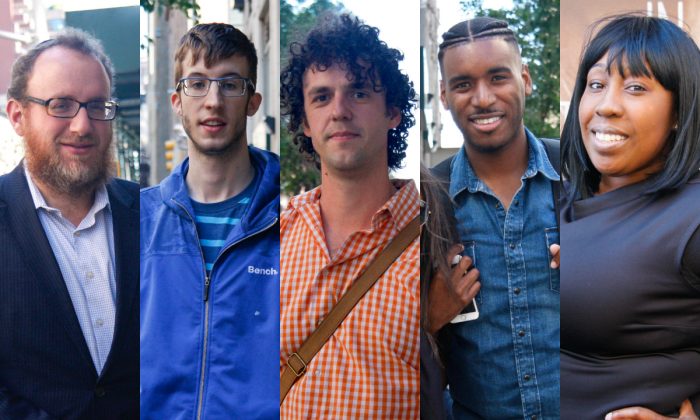 Since the early 2000s, social media has spread like wildfire, becoming one of the top forms of communication in a relatively short time.

Since the recent rise of social media apps on our smartphones, it makes it that much harder to avoid, or to put one’s phone down—it’s just one click away. Being on your cell phone, or sitting in front of your computer all day long on these social media handles, people start to develop pet peeves.

It’s sort of like being around someone 24/7—you start to notice some of their bad habits.

Gomez said he started with Facebook, followed by Instagram, and then Tumblr, but now “I don’t use anything,” he said. But, when he had a Facebook account, he had a lot of “cyber friends” who he wasn’t really friends with. When asked why he doesn’t have any social media handles, he said it was getting too “addictive.”

“I found myself on it when I didn’t need to be on it, it was something to fill up time,” he said.

Muhammad Ali: Mourning Another Great in the Age of Social Media

However, he does use Whatsapp, a mobile messaging app, which allows you to text or call people for free. People often use this messaging app to communicate with those who are outside of the U.S.

But without the other handles, “Life is the same,” Gomez said, “I just don’t spend as much time on my phone as I once did.”

Unokiwe said her social media pet peeve is “Internet bullies.” She uses Instagram more than any other handle, and told Epoch Times that cyber bullying bothers her. “People who don’t know your situation are quick to point fingers,” she said. A word of advice: “Mind your business, focus on you, don’t worry about anybody else if you don’t have anything nice to say,” she said.

“Everyone is always posting things that are extremely irrelevant,” Wolff said, adding that it is one of his biggest pet peeves of all. He said he finds it extremely annoying when people post what they are going to eat for dinner, or what they ate for dinner.

Watch: She Turns Social Media Into Tiny Flipbooks for Inmates

“These are irrelevant facts,” he said, adding that it makes the handles “unenjoyable.” When asked what kind of things he posts on his social media accounts, he said “Community events that I think my friends might be interested in,” or his children’s graduation.

Although Villamena is on social media, he said it is “wack” to him.

“There’s a lot of people who are fake, they would portray themselves a certain way and it’s not really who they are,” he explained, adding that social media makes people “egotistical.” He also says that girls post a lot of provocative pictures—”thirst trap” as he calls them.  “It goes both ways with guys too,” he said.

Alvarez, like Villamena, also dislikes how people falsely portray themselves on social media. “People try to project an alternate version of who they are,” he said. Other than false impersonations, he doesn’t like “how people brand their own actual lives.”

“When people say something on social media that you don’t agree with, you silence that and you end up in an echo chamber of your own point of view being reflected back at you rather than a multilateral conversation with different point of views.

He said he also finds himself removing those differing opinions from his social media handles.

“I unfollow people because I feel protective of my mental and emotional space, and when people are upsetting me or filling it with noise, I feel like I need to make a space where I can go for solace and connection.

“I curate my own feed, and I end up possibly stuck with what I already know and agree with,” he said.