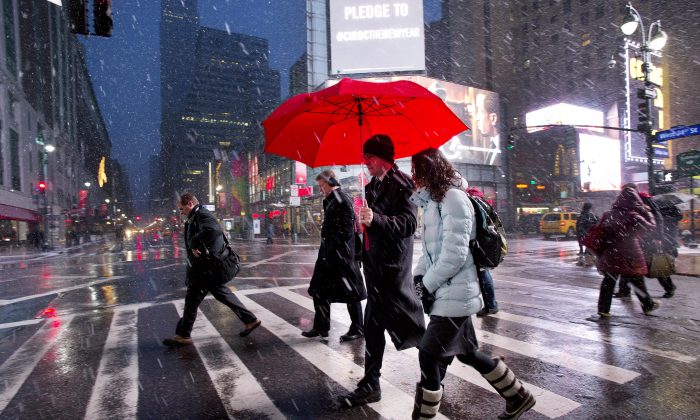 Winter weather hit New York on Tuesday, with snow hitting Manhattan and other boroughs. The forecast calls for snow accumulation of two to four inches, along with a trace of ice.

Locations include northeast New Jersey, the lower Hudson Valley, and most of New York City, according to the National Weather Service.

Light snow was slated to begin mixing with freezing drizzle or sleet, and become snow again in the afternoon.

“Precipitation should mix with or even change to freezing rain and sleet during mid to late this afternoon closer to New York City,” the service said. “Precipitation will then taper off to scattered snow showers by late day or early evening.”

People should use caution while driving because of slippery roads and limited visibility.