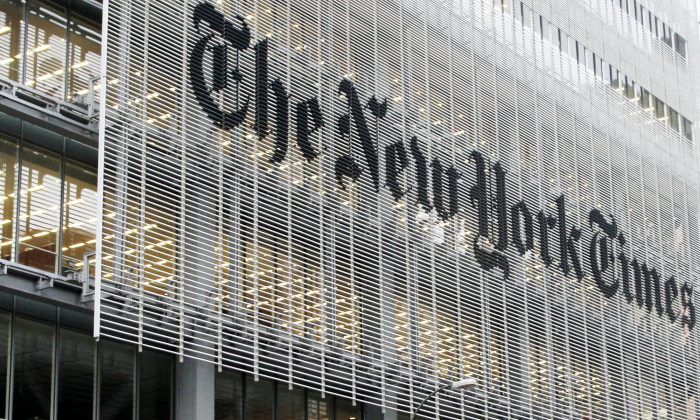 NEW YORK—The New York Times is leasing the last of its seven floors at the flagship tower at 620 Eighth Avenue.

NYT sold 21 floors to W.P. Carey & Co. in 2009 on a sale-leaseback transaction, which would allow the company to buy back the space after 15 years. Later, NYT leased six of the floors it owned to Goodwin Procter, according to the Post.

On Oct. 16, CBRE Group Inc. announced that they will handle the lease of the 21st floor, the last of the seven owned by NYT in its headquarters tower.

The 21st floor measures over 30,000 square feet and will be available for occupancy in April 2014, according to a press release. Some of the perks for the new occupants will include access to The Times cafeteria with three meals a day and the ability to rent the 378-seat auditorium located on the ground floor.

The space is column-free with floor to ceiling windows, a ceiling design that provides flexibility to change the layout easily, climate controlled floor ventilation, and views of the Hudson River, the Statue of Liberty, and the Empire State Building.

NYT published an article on Monday stressing the paper’s efforts to shut down its affiliated ventures and focus on the “flagship newspaper.” The paper is also looking to expand its brand as the International New York Times and step-up its global growth.