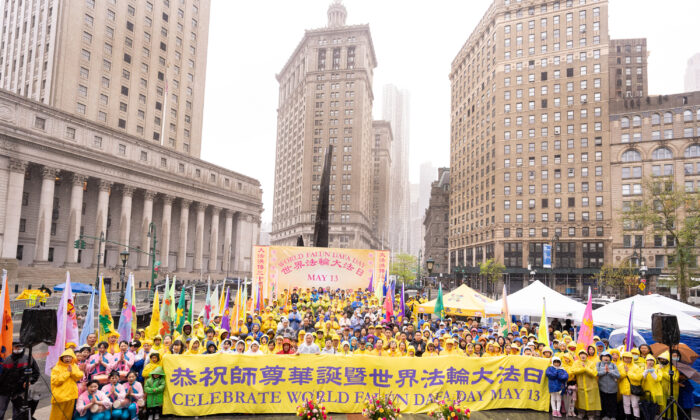 The New York State Senate has passed legislation commemorating the 23rd World Falun Dafa Day on May 13, an annual event that was first celebrated in 2000 in recognition of Falun Dafa’s years of dedication to upholding universal values.

On April 26, a little more than two weeks before the holiday, the Senate unanimously approved resolution No. 2278, speaking highly of the practice’s effectiveness in improving health and the principles upon which it is founded.

“Practitioners of Falun Dafa strive to live by the principles of Truthfulness, Compassion and Forbearance in order to improve their moral nature, and in turn, to experience remarkable health benefits,” the resolution wrote.

The document that was originally raised by 11 senators notes the practice empowers individuals to “leave behind addictions and bad habits” and families to return to harmony.

Falun Dafa, also known as Falun Gong, is a spiritual practice that features three core tenets of Truthfulness, Compassion, and Forbearance, along with five slow-moving exercises. Its unique role in promoting health and moral uplifting has earned global fame for the practice and its founder, Mr. Li Hongzhi.

May 13 marks World Falun Dafa Day and Li’s birthday as well. On the same day in 1992, Li formally introduced the practice to the public in his home city, Changchun, in northeastern China. In the following 30 months, he delivered large, in-person 9-day lecture sessions to educate people about the practice in dozens of Chinese cities. From 2000 through 2003, Li was nominated for the Nobel Peace Prize four times due to his prominent contributions to individual and social well-being.

Millions of participants, as well as some of his supporters, thank him and respectfully refer to him as Master Li.

In 2020, the Washington University School of Medicine in St. Louis released a preprint study concluding that Falun Gong participants had “higher perceived health scores than the population norm and reduced outpatient visits than before practice.”

Banned in Country of Origin While Honored in Receiving Countries

Falun Dafa experienced a popularity surge in China during its first years, with a following of up to 70 million to 100 million by 1999, by Chinese official accounts. However, the Chinese Communist Party (CCP), deeming its popularity a threat, launched a nationwide persecution campaign to eradicate it.

Since July 20, 1999, Chinese authorities have inflicted mass harassment, arrests, indoctrination, and arbitrary trials upon Falun Dafa adherents. Millions were put into labor camps and prisons without proper judicial process. In detention facilities, mistreatment and torture are regular occurrences. The persecution against the faith group is still playing out in present-day China.

Outside of China, however, the peaceful practice has gained recognition, support, and sympathy over the past 23 years. The faith group and its founder have won various medals or recognition from governments, international agencies, and advocacy groups, including Freedom House’s International Religious Freedom Award, according to the Falun Dafa Infocenter. The practice has spread to more than 110 countries and regions, and its main book Zhuan Falun has been translated into 47 languages.

On each Falun Dafa Day, floods of congratulatory messages go to both Falun Dafa and its founder Mr. Li Hongzhi from practitioners and their families, friends, government officials, senators, rights lawyers, among other well-wishers.