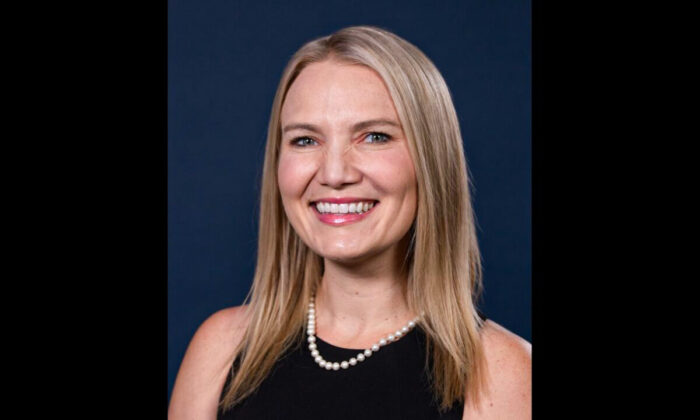 Two men who are fully vaccinated against COVID-19 are suing the city and state of New York for unconstitutional racial discrimination for directing medical providers to consider race in distributing lifesaving treatments.

The lawsuit comes after former U.S. Secretary of Housing and Urban Development Ben Carson ridiculed the city’s directive as an example of critical race theory in action.

“I certainly don’t think that the virus discriminates,” Carson, a retired neurosurgeon, told “The Chris Salcedo Show” last month. “I think it takes everybody. And this is absolute absurdity. We’ve gone crazy. This is, you know, critical race theory infiltrating everything.”

PLF senior attorney Anastasia Boden said this policy is “part of a growing trend to continuously view the world in terms of race, to not see people as individuals, but solely as members of the groups they’re born into, and to dole out benefits and burdens on the basis of immutable characteristics, and that’s exactly what the Fourteenth Amendment was intended to prohibit.”

That amendment “was meant to allow people to be seen as individuals and to make race an arbitrary and unimportant characteristic,” Boden told The Epoch Times. “New York is elevating race above everything else.”

Both the state and city “allocate very important but scarce COVID treatments not only on the basis of things like chronic disease, cancer, and diabetes, but also on the basis of race,” Boden said.

“We have no control over the race into which we are born, and to make that a determinative factor” is both “deeply unfair” and “unconstitutional.”

“The Constitution prohibits the government from drawing lines in the sand on the basis of immutable characteristics,” she said.

The legal complaint (pdf) in Roberts v. Bassett, court file 1:22-cv-710, was filed Feb. 8 in federal court in Brooklyn. The defendants are Mary Bassett in her official capacity as Commissioner for the New York State Department of Health (NYSDOH), along with the Department of Health and Mental Hygiene of the city of New York.

Last month, as the new Omicron variant sparked a surge in COVID-19 cases, U.S. Food and Drug Administration (FDA) Acting Commissioner Janet Woodcock told Congress “most people are going to get COVID.” Around that time, the state acknowledged there were “severe supply shortages for all COVID-19 outpatient therapeutics,” and that the most effective oral antiviral, Paxlovid, goes “out of stock frequently,” the legal complaint states.

This “antiviral superstar” that received FDA emergency use authorization in December 2021 “reduces the rate of hospitalizations by around 90%” with “no safety issue beyond placebo.” Although drug production will speed up, it is currently in short supply, so state and city told providers to follow the state’s directive for allocating scarce COVID-19 treatments for Paxlovid, oral antiviral Molnupiravir, and monoclonal antibodies.

The NYSDOH issued a rationing order on Dec. 27, 2021, directing health care providers and facilities to prioritize the administration of treatments because of shortages.

The department laid out eligibility criteria for oral antivirals, listing risk factors, among them “non-white race or Hispanic/Latino ethnicity.” It justified this racial criterion by saying “longstanding systemic health and social inequities have contributed to an increased risk of severe illness and death from COVID-19.”

The same day, the city published 2021 Health Advisory Number 39, instructing health care providers to “adhere” to state “guidance on prioritization of high-risk patients for anti-SARS-CoV-2 therapies during this time of severe resource limitations.”

New York’s designation of race as an independent risk factor “has no basis in science,” the complaint states. Evidence that race by itself “makes an individual more susceptible to suffering adverse effects from COVID-19” doesn’t exist, because race is “an arbitrary classification that lumps in many different individuals with different attributes and different needs.”

The Mayo Clinic found in August 2020 that “there’s no evidence that people of color have genetic or other biological factors that make them more likely to be affected by COVID-19.” Moreover, Centers for Disease Control and Prevention data gathered by Emory University show “in New York, the rate of deaths due to COVID-19 for white non-Hispanic individuals exceeds the death rate for any other group.”

NYSDOH spokesperson Erin Silk declined to comment on the lawsuit, but defended the treatment guidance.

“These are neither qualifications nor requirements for treatments. Qualifying risk factors include a long list of medical conditions, as well as age and vaccination status,” Silk said by email.

She said the guidance states that “Non-white race or Hispanic/Latino ethnicity should be considered one of the many risk factors, as longstanding systemic health and social inequities have contributed to an increased risk of severe illness and death from COVID-19.”

This risk factor is based on CDC guidelines “that show COVID-19 mortality rates are higher among certain demographic groups, including senior citizens, immunocompromised individuals and non-white/Hispanic communities.”

But Silk said, “no one in New York who is otherwise qualified based on their individual risk factors will be turned away from life-saving treatment because of their race or any demographic identifier.”

“I take the guidance to mean what it says it means: Race alone can be a determinative factor in whether someone is eligible for or eventually receives COVID treatment,” she told The Epoch Times.

“What does ‘otherwise qualified’ even mean?” Boden said, referring to the phrase used by Silk. “For some, race will be the reason they qualify.”

The New York City Law Department declined to comment when contacted by The Epoch Times.