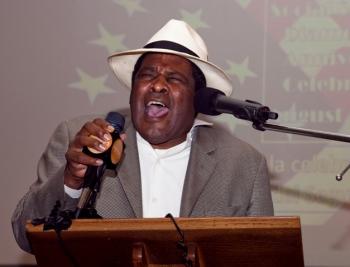 Signed into law on Aug. 14, 1935, under the influence of then President Franklin D. Roosevelt, the Social Security Program, also known as the federal Old-Age, Survivors and Disability Insurance (OASDI) program was meant to provide refund payments to retirees as a type of welfare benefit.

David Roosevelt, grandson of the former president, personally attended the ceremony to send his greetings.

“Should any political party attempt to abolish Social Security, unemployment insurance, and eliminate labor laws and farm programs, you would not hear of that party again in our political history,” recalled Roosevelt about what his grandfather once said regarding government programs for workers.

After several major amendments in the past decades, Social Security has became a leading social insurance program for 49 million retired, disabled, and deceased American workers and their families. Among them, two-thirds are senior citizens.

“Americans understood that the backbone of this country were working people that one day will not be able to work. They should not be a burden to their children and grandchildren. They had a sense of independence and a cry for dignity,” said Rangel.

“Social Security means that I am out of debt. The house is paid for. The car is paid for. Everything is paid for,” said Dabney Montogomery, a resident of Harlem and a former pilot fought in the World War II in remarks of the importance of the program for his life.

After the speeches, experts from various organizations provided information flyers and booklets, and answered questions from the attendees.

“I don't know much about the program. But I am interested in finding out, because my family will need the benefits in the future,” said Madeleina Luna, 35, a Hispanic immigrant who lives in Harlem.

Social Security benefits 1 out of 10 New Yorkers. The median benefit received by a retired New York work family is $14,700 annually.