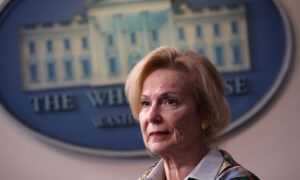 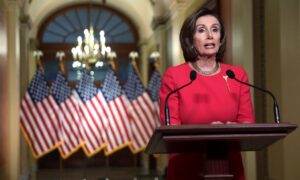 Pelosi Urges Trump Not to Open Economy Too Soon
0 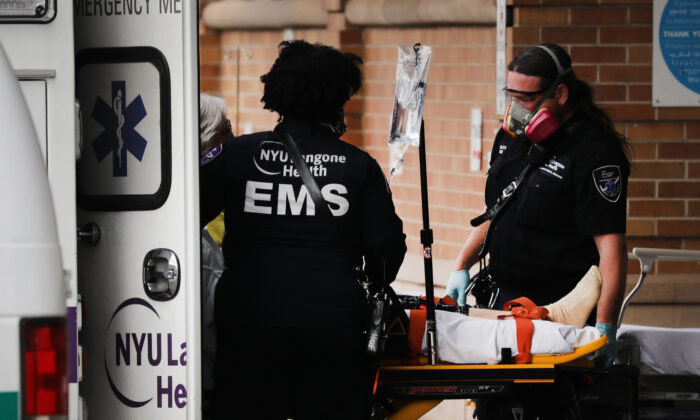 The hardest-hit state in the nation saw a change in ICU admissions of negative-17 and a net increase in hospitalizations of just 290, another day of signs that the peak has arrived there.

Every model cited by state officials was wrong in predicting the number of hospital beds and ICU beds needed at the apex, New York Gov. Andrew Cuomo said, including the Gates Foundation-funded IHME, Columbia University, and McKinsey.

“The actual curve is much, much lower than any of them projected,” he said, referring to the rise, peak, and fall of hospitalizations and other metrics.

Hospitalizations are a main focus of officials and healthcare managers because a system becoming overwhelmed by COVID-19 patients can lead to a spike in mortality rates. That happened in both Spain and Italy in recent weeks.

Officials at one point said they’d need 140,000 beds statewide and one model even projected 130,000 beds would be needed in New York City alone. The scramble for beds led to extreme measures, including mandating every hospital in the state boost its capacity by 50 percent and plans to seize ventilators from upstate facilities for downstate buildings. Cuomo also repeatedly pushed the federal government to send thousands of ventilators, claiming the city might need up to 40,000.

The state has about 18,500 patients in hospitals, many in New York City. Current ICU numbers weren’t made available by the state. Cuomo’s office hasn’t responded to multiple queries about the number of ventilators now needed and how many the state is currently using.

The big variable in the models was social distancing, the governor alleged, with modelers having to guess not only what policies would be enacted but also how many people would obey the policies.

Cuomo last month ordered a lockdown, restricting people largely to their homes and shuttering thousands of businesses designated as non-essential.

Re-opening the state and other areas that have also been locked down will require a surge in testing for new cases and for past infections along with stimulus from the federal government, according to Cuomo. For now, he’s telling New York residents to stay at home, warning the curve could start climbing again if they don’t, mandating schools and nonessential businesses stay closed through April 29.

The state’s death toll climbed again by 777, taking the total to 7,844, by far the highest in the United States. Deaths are described as a lagging indicator, since many COVID-19 patients spend weeks on ventilators before dying.