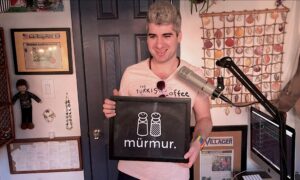 The Podcast Host Who Beat Shyness
0 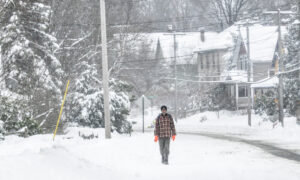 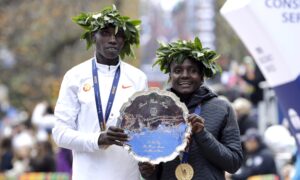 Manhattan's Only Vineyard Grows on an Upper East Side Home
0 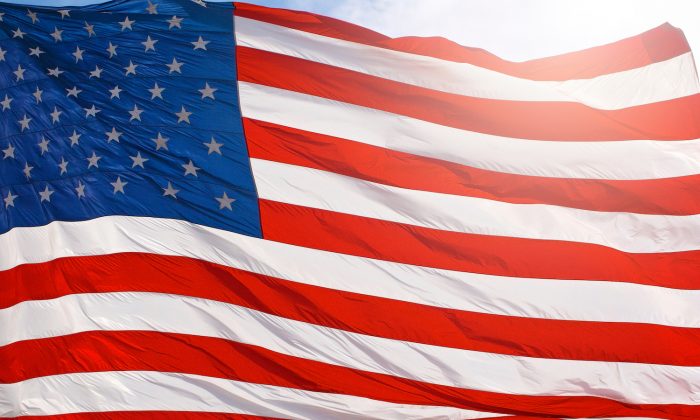 NEW YORK—America is known as a land of opportunity, prosperity, and liberty, all of which are points of pride for Americans.

The Epoch Times went around the Winter Village at Bryant Park in New York City during this festive season of goodwill to ask people what makes them proud to be an American. Here’s what they had to say.

Mr. Ward: Freedom, prosperity, the American dream, our Declaration of Independence, [and] the Constitution of the United States of America, which establishes all our rights. Those are the things that I love and what makes me even more proud to be an American.

Ms. Acosta: We have a lot going for us and the opportunity to make it better, meaning individuals can be civically engaged and fight for what we believe is important. I’m an immigrant, my parents are immigrants, and I believe that America, despite our flaws, continues to be the land of the free, where we can work hard and prosper.

Ms. Gilbert: Of course, the fact primarily that we’re free, free to do just about anything, pray as we want, get whatever kind of job we want, live wherever. We don’t live in fear. We also have good programs for the underprivileged. Other countries don’t, so a person can come here and know that, in some way, they can be taken care of.

Ms. Young: Freedom of speech, so many freedoms.

Mr. Spercher: Freedom to be able to do stuff like this [ice skating in the park].

Opportunity, entrepreneurship, you can grow a business if you want to, and living without worrying about other folks coming in and trying to take your stuff from you.

Ms. Britt: I’m actually an American who grew up in another country. I grew up in the Netherlands, but I’ve been living here again for nine years. So, I’m an American ex-pat and now back to being an American. It’s very different.

I’m very proud of New York. I think New York thinks a lot about a lot of people—a lot of public spaces, there are a lot of things that are free. So I think that that is a great thing about New York. The subway for $2.75—you can go anywhere, it’s very accessible for a lot of people, It makes me proud to be a New Yorker.

Mrs. Kalleher: It’s a beautiful country. It has a lot of beautiful parks and the parks are amazing, very diverse.

Mr. Johnson: Mostly because of the opportunity. There is a lot of opportunity here that other people don’t have in other countries. We may take it for granted every day. There’s so much freedom here, they say it’s hard, but it’s hard because it’s worth having.

Mr. Smith: The fact that I think we’re the freest country in the world, and I guess probably too lenient with other people here. This was where I was born, it’s where I live. I don’t really want to leave the country. I’ve been to Canada, Mexico, and that’s it. I have no desire to go anyplace else.

Ms. Habermacher: The diversity that we have here, and the opportunities that are afforded us.

Mr. Bowman: I’ve always lived here. I grew up here: I was born here, raised here. I’ve visited other places in the world, there are lots of nice places to visit but there’s no place like home. It has standards that we are accustomed to that we don’t always see elsewhere.

Mrs. Bowman: I appreciate the freedoms that we enjoy and take for granted many times.

Andrea: I’m proud of our ability to question authority. Even if we’re not happy with it. we can speak out about it. I’m proud of the people who’ve stepped up in recent times to express themselves. Even when there are down times, there’s an upside to it, if we keep looking to the positive.

Mr. Samaroo: It’s the best nation. It’s what the United States stands for, one nation united under God, indivisible and strong.

Interviews have been edited for clarity and brevity