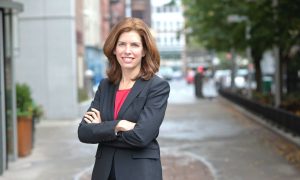 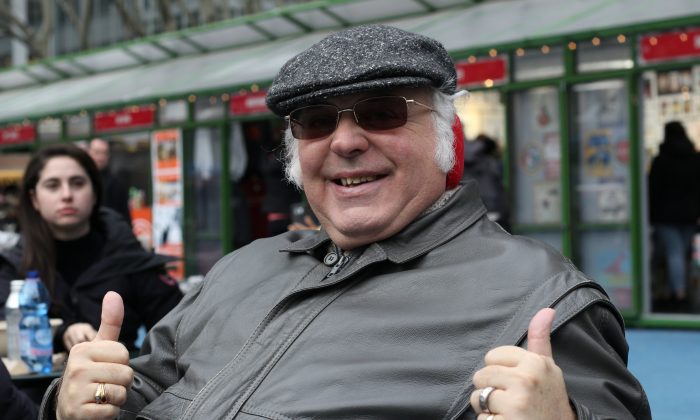 On New Year’s Eve, during the middle of the government shutdown due to an impasse over funding for a border wall, New York Gov. Andrew Cuomo issued 29 clemencies to criminal immigrants—22 of them were full pardons.

Among Cuomo’s pardons were convictions for assault, attempted arson, trademark counterfeiting, and drug convictions. The pardons include being spared from deportation. Seven of them were commuted sentences. Of them, four had been convicted of murder, and three for armed robbery. The Epoch Times took to the streets of New York to ask for people’s thoughts about this.

I don’t agree with it. If you break the law, then you’ve got to pay.

I’m a second-generation immigrant myself—from Italy. We came here to build it, they’ve come here to destroy it.

Darleen: It doesn’t make us happy at all.

Cheryl: I can’t see it personally. If it was our family member that was murdered, I don’t think any of us would be too happy about it.

Cassan: The pardons for small offenses are maybe OK, but for more serious offenses, I’m not so sure.

Cohen: For Cuomo to do something like that he must have more information about them. Or was it just a press stunt?

Cassan: If you release people and then you don’t have any framework for them to pick themselves back up, it’s not very constructive at all.

It’s OK to pardon them, but then you still have to help them out after they come out of jail, regardless of their crime.

Cohen: For me, it’s a case-by-case basis. I’m all about the support if you can give them a structure that they can bounce back on, some kind of program that they can get into, and know that there are alternatives in this country to be able to provide for their needs. I don’t think they’re really bad people, they’re just lost people who are doing what they are forced to do. I’m sympathetic, although I’ve never been a victim.

If the person is going to kill other people, then it probably doesn’t strengthen the immigrant community; but if they have family members out there, then they’re probably glad that they have their family member back.

I’m sure the government is aware of each case.

I agree it does strengthen the community, but if an immigrant comes to another country, then they should adhere to the laws of that country and behave.

I don’t agree with it. In the case that they’re illegal, I don’t think they should be given a card like that. If they’re legal, they need to be tried for their crimes.

I think you could strengthen the community better by educating them, teaching them English, finding them jobs. There are a lot of other ways to help than to let criminals go scot-free.

Anyone who reoffends should be subject to immediate deportation. If you were a citizen and that happened, I’m sure you’d go right back to prison, with probably a stronger sentence than you had the first time.

They could have shown signs of improvement in prison, but then, once out, it’s easy to go back to your old ways because that’s what you knew. It’s possible that Cuomo’s telling the truth, when he said they were all showing signs of improvement. But I don’t think that means that they need to be set free.

Ramirez: When it comes to convictions like murder or harming innocent citizens, I feel like they should be punished in that way, because that is a drastic measure, but you should measure each conviction on a case-by-case basis.

I think there is some truth in the fact that it strengthens the immigrant communities. I’m Mexican. My parents came here, they went through the whole process, but I still use their fear and what they’ve instilled in me as a way of discerning political decisions.

I think it does strengthen the immigrant communities because it makes you feel you can trust people. I feel like a lot of immigrant communities don’t trust politicians because they feel like they’re constantly being targeted. I guess it makes them feel like they’re being protected, and their lives matter, they’re equal and they’re not being separated because of their immigration status, in the way that they’ve been brought up, and if those people do essentially become citizens themselves, they’re going to want to become a part of that.

Again, if you’re given a chance and you ruin that, then you deserve to be punished.

Susan: For murder and robbery, I don’t think a pardon would be that good, but for smaller crimes, that may be OK.

If you look at Elizabeth Smart’s kidnapper, he was recently released and discovered to be living near an elementary school, which brought the community together. I think it does strengthen communities, but not in the way that he thinks it would do.

I think they should be treated equally like citizens here that do wrong.

Robles: If it’s drug-related, then it depends on the seriousness of the sentence. For instance, if the sentence is a drug conviction involving marijuana, which is going to be legalized in this state soon anyway, then I think it’s OK. But if you’re shortening the sentence for someone convicted for murder, then I don’t feel that’s the right thing to do.

Conde: I don’t think it would strengthen the community, when you think about it. Giving someone a full pardon, you’re giving them a clean slate, but when you’re dealing with convicted murderers and you’re bringing them into the community, it’s going to damage it because if there’s a good immigrant community that’s holding on trying to fight for rights and reputation. It gives the communities a bad name.

Robles: It can also show to other people that you can do this and get away with it. It can show them that it’s right to do that—but it’s truly not.

Conde: People who aren’t immigrants that get convicted, it stays on their record, while immigrants are getting full pardons. It’s a double standard.

Robles: I just feel like if you just give people a full pardon, then they’re not going to learn their lesson. The whole point of our jail system is that you’re learning that it’s a mistake you should never have made. If you give them a full pardon like that, it’s going to happen again.