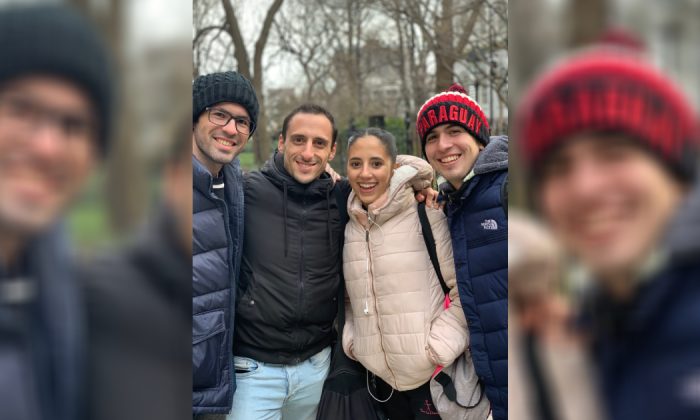 New York Q&A: What Do You Think of Amazon Pulling out of New York?

Amazon’s sudden pullout from a deal to expand its second joint headquarters with New York was described by Democratic New York Gov. Andrew Cuomo as “the greatest tragedy” that he had seen since he had been in government and by President Donald Trump as a “great loss for New York City.”

Amazon, which was due to name New York’s Long Island City as the location for part of its second headquarters, pulled out of the lucrative and much-anticipated deal on Valentine’s Day due to a lack of cooperation from local politicians, following months of political pressure from state Sen. Mike Gianaris and City Councilman Jimmy Van Bramer, along with Rep. Alexandria Ocasio-Cortez, who accused the city of selling out to big corporations and misspending funds.

After a two-year search for the perfect location, Amazon was enticed by Cuomo and Mayor Bill de Blasio with a total $3 billion tax incentive to lay plans in Long Island City, which would have created 25,000 jobs. Amazon also donated land to build a school.

In regard to the jobs that would be created, Ocasio-Cortez said at her inauguration speech on Feb. 16 that people shouldn’t “have to settle for scraps” and said that the $3 billion could be better spent elsewhere. She received a harsh rebuke from the Job Creators Network (JCN) in the form of a billboard in Times Square accusing her of costing the city 25,000 jobs and billions in lost wages. Cuomo lays the blame on Amazon and the unions.

We went to the streets to ask the people of New York for their opinions on the matter.

I don’t think it was a good idea that they pulled out. I think they should negotiate more and meet the requests of the workers, who need to be assured of a fair wage and fair working conditions. So I think they should have put their greed aside, and I think it would have been a good thing for the city to have additional work.

Governor Cuomo and Mayor De Blasio gave a strong incentive, very much, I believe. The idea was that the incentive, [which] was a gesture for future reciprocity that the city was offering in tax reduction, would be compensated in the long term by employment, by a healthier economy and a more solid tax base.

Alexandria Ocasio-Cortez, it wasn’t even her district. I don’t know her very well, but I think she is a demagogue. Even though I’m a liberal, I think that her solutions are facile and not well thought out, and driven by an attentive form of political base.

I think it was better for Amazon to be here. Coming from the perspective of a business owner, they would create more business around the city, which we need. We might have another recession soon, and they could be a good company to have around.

They argue about rent. Well, it’s already expensive—somebody’s going to benefit from the rent, too, right?

That’s how New York has been for 200 years—someone comes in, knocks a building down, and builds a new one. This is the Big Apple; everybody gets a bite.

I run a small business, so that’s my mindset. I want to have a healthy market in the city.

How does America, Japan, or Germany keep its economy running? We had a recession, but Apple, Amazon, Google, they kind of saved the industry at the time, and we should be proud of that.

They just folded under political pressure, which was wrong, anyway. I guess people just didn’t see the fact of the thousands of jobs that would come into New York City.

It was a bad decision just based on the jobs—I mean, they were going to get a big tax write-off, but it’s worth the jobs that it actually brought, you have to weight the pros and cons.

[About the JCN sign,] I don’t think that’s fair to [Ocasio-Cortez]. It wasn’t her alone—other people were saying things. Amazon should have stood their ground because they made a deal. They should have held to their word with the city.

If they can provide new jobs and the city needs them, I think they should stay, but with more regulation and a more controlled environment from the government so they stick to the agreements that they made. That would be cool.

If we can have more production, that would mean more production for the country. The most important thing you need to build an economy is production, so if you can get more people to produce more, you will have more GDP in the end. It’s good as long as they do what they’re supposed to do. The part of the government is to regulate the company so they are doing what they are supposed to be doing and delivering what they should.

Why don’t the people want Amazon there? With the rising rents, that’s better overall. The problem is with people living there already, because they will need to pay more rent. But overall, it is good. When the rent goes up in an area, it means that the place has become richer. It would be better for the owners, but maybe not so much for the people renting.

All interviews edited for clarity and brevity