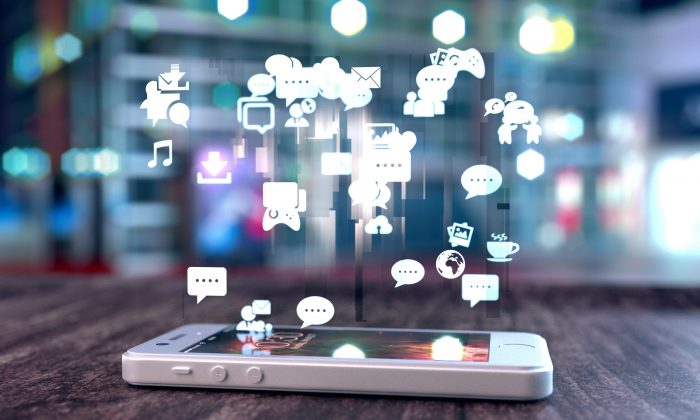 New York Q & A: Do You Trust Social Media?

Tech-media giants, such as Facebook, Twitter, and even Google, have been under increased scrutiny in the recent media climate.

An annual poll by Harris/Axios showed the reputation of these media giants has dropped considerably over the past year. Some of the reasons given were over accusations of misuse of data privacy, with the Facebook-Cambridge Analytica scandal being the most observed example, while other reasons were accusations of media bias by many conservatives, including President Donald Trump.

The Epoch Times went to the street to ask New Yorkers if their faith in these platforms has been diminished.

It’s a nice way to connect, but I definitely would not use it a resource for news.

I haven’t heard about the media bias before, I think that’s really interesting. There must be some form of incentive for companies to do that. I wasn’t aware of it, but it doesn’t shock me.

You hear about things like that, for instance, Instagram blocks people for no apparent reason, and I don’t think it’s fair. I think if you’re going to do something like that, you should have your reasons as to why and let the person know. Everyone deserves to know.

It’s kind of comforting to know that the government can protect you [regarding data privacy], but also, for them to want to know everything about you, I don’t know—the government shouldn’t have access.

This [data privacy] is the main reason I don’t trust them, I feel that they monitor you and they try to know as much as possible and they don’t disclose where they’re selling the data to.

I think it’s insane. We live in a game where they try to control us and I don’t want to be a part of it. I choose not to fuel them with any more information than I have to.

What happened with Russia and the way they were doing that stuff in social media during the elections, it seems like a way to manipulate the feeble-minded.

But there are good things to it too. It brings a lot of people together.

One of the things that blew everybody’s mind was most candidates wouldn’t have survived all of that stuff that came out. I guess most people were more upset with the media for trying to do that kind of thing.

People like to say Trump did this, and the shutdown, maybe federal workers were affected by the shutdown for some reason, and you can’t really say, “That was Trump’s fault.” It was both sides’ fault.

But for me personally, I can’t think of anything that has ever affected me based on who has been president.

Do you see anything in your life that would be different, if a certain other person was president?

Whether a Democrat or a Republican, no matter who’s president, it doesn’t really affect our personal lives.

I think Facebook should be something you should use as a messaging service and nothing else; that was the point from the beginning.

I only use it for keeping connected with people around Europe and others who don’t live very close.

They spread too much information out there. I don’t like that.

Not everything that everyone puts up is true.

Loss of faith in social media

It makes everything one-sided, that’s true. I don’t trust them at all.

I think they’ve certainly lost a lot of confidence over the last several months. In my case, I’ve been more careful about what I share.

It’s not very personal. It’s very easy for anyone to access your information.

It makes me feel very uncomfortable; it feels unsafe to use social media.

It doesn’t surprise me at all. It’s obvious it’s going to happen.

It’s good, but not for everything.

I think if you’re going to be mad at that, there are a lot of worse things going on.

In the end, it all balances out.