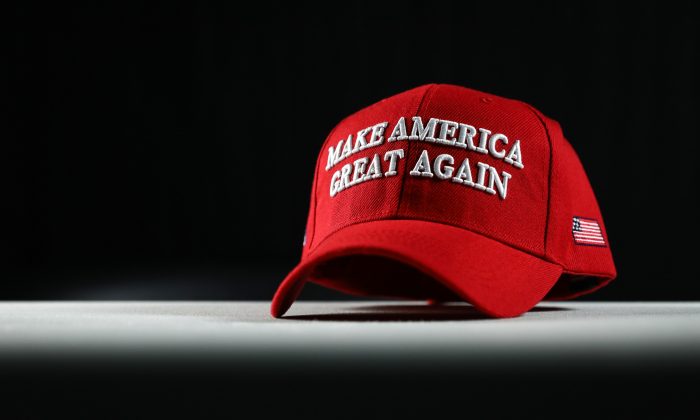 A New York principal who went on multiple rants about culture in her school district, including one in which she said she was “fighting against an intrenched [sic] conservative, MAGA hat-wearing culture,” was replaced.

Emily Wemmer was the principal at Sandy Creek High School before her removal.

Wemmer was replaced by Maureen Shiel, based on a decision by the district’s Board of Education. Shiel is a retired high school principal, Sandy Creek Superintendent Kyle Faulkner announced on Feb. 12. Shiel is listed as the interim principal.

Wemmer took to her Facebook to make multiple comments in recent weeks, leading to her firing.

“This is a VERY traditional, conservative district,” Wemmer wrote in one post, reported the Watertown Daily Times. “I have learned myself that men feel totally entitled to manhandle women whenever. Girls are also expected to be passive. If I don’t teach my girls anything else I hope that it is that they can live independently and choose if they want to be in a relationship or not. The mama bear comes out in me when I hear reports of abuse like I heard today.”

In another post, she said that girls “have the right to walk bare [expletive] naked down the street and not be assaulted. They need to know that.”

In a third post, she claimed that the fathers of some students and some male students themselves “will often try to intimidate me physically.

MAGA stands for “Make America Great Again” and was the campaign slogan for President Donald Trump when he was running for president. The slogan is based on bringing manufacturing jobs back to America, among other things.

Wemmer later posted a statement on the school district’s website, apologizing and saying that people misinterpreted her comments.

“I allowed my personal political beliefs to overshadow that message, which ultimately is that I care deeply for the welfare and success of Sandy Creek students,” she wrote.

She said her posts were private but someone hacked into her account and made them public.

Statement to the community … by on Scribd

Wemmer started as principal of the school in July 2017. Faulkner, the superintendent, initially did not make clear Wemmer’s current status after her removal as principal.

Later, Faulkner and Wemmer said in a joint statement that she is still employed by the district and will work as an administrator. She’s doing “valuable and important work for the district,” the statement read.

”It is necessary from time to time for staff to take on duties and responsibilities in their service to the district to utilize a staff member’s strengths to their fullest potential. As a result of a mutual agreement between the superintendent and Ms. Wemmer, we have been able to do just that and Ms. Wemmer continues to serve the district as a valuable administrator.”

A California restaurant owner who compared “Make America Great Again” hats to swastikas and Ku Klux Klan hoods has apologized for his “disrespectful and reckless” statement.

“It hasn’t happened yet, but if you come to my restaurant wearing a MAGA cap, you aren’t getting served, same as if you come in wearing a swastika, white hood, or any other symbol of intolerance and hate,” Lopez-Alt wrote in the statement.

He’s one of the owners of the Wursthall Restaurant in San Mateo.

MAGA hats are the consummate gear for President Donald Trump supporters, channeling the ideas behind his outsider campaign into one slogan. While the hats have become popular, people wearing them are often maligned without evidence as being racists.

Lopez-Alt, facing a backlash on Facebook and Yelp, issued an apology on Feb. 1.

“I want to start by apologizing to my staff and partners at Wursthall. Making a public statement without taking my team’s thoughts into consideration was disrespectful and reckless,” he wrote.

“My goal at Wursthall was for it to be a restaurant where all employees and staff are treated with respect and trust, and by making that public statement without your consent, I failed at that goal. I will work hard to earn back that trust.”