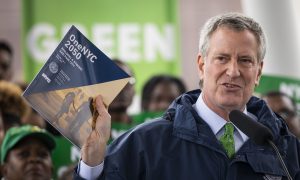 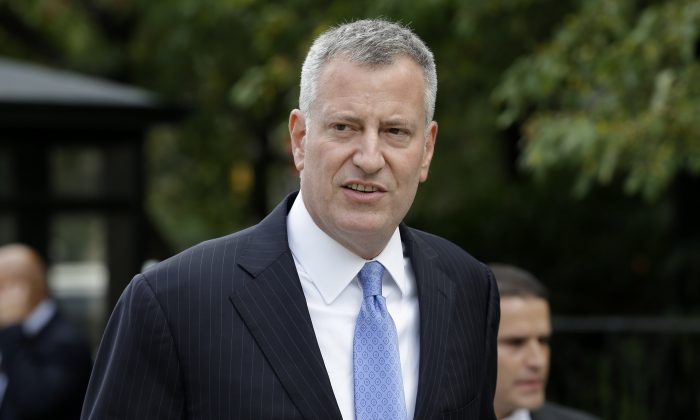 The newspaper started the mock obituary writing that de Blasio’s campaign was “dead” due to an “ego-induced psychosis.”

“Neighbors said the body had been in rigor mortis for some time,” it continued. “It died doing what it loves best—being as far away from New York City as possible.”

It went on pointing out the controversial aspects of de Blasio’s campaign such as the mayor’s habit of driving across town in his SUV to use a Park Slope gym despite denouncing climate change.

The “obituary” also highlighted the fact that some hotel-industry officials were accused of making illegal gifts to de Blasio “by writing five-figure checks to his now-defunct charity the Campaign for One New York” in an attempt to seek favors from the city, according to The City. The state’s watchdog agency, The Joint Commission on Public Ethics, announced that the three developers settled the charges by agreeing to pay fines ranging from $15,000 to $30,000.

It concluded with, “In lieu of flowers, de Blasio asks for donations to his slush fund.”

Mayor de Blasio announced that he was dropping out of the 2020 race on Friday during a morning show.

“Getting out there, being able to hear people’s concerns, address them with new ideas, has been an extraordinary experience,” he said. “But I have to tell you, at the same time, I’ve contributed all I can to this primary election. It’s clearly not my time. So I’m going to end my presidential campaign.”

This prompted President Donald Trump to weigh in, calling de Blasio a “part-time Mayor of New York” for his regular absence from the city, something that the “obituary” also pointed out. The New York Post reported that de Blasio only spent seven hours at city hall in May, the month when he launched his presidential bid.

“Oh no, really big political news, perhaps the biggest story in years! Part-time Mayor of New York City, BilldeBlasio, who was polling at a solid ZERO but had tremendous room for growth, has shocking dropped out of the Presidential race. NYC is devastated, he’s coming home!” Trump wrote.

Oh no, really big political news, perhaps the biggest story in years! Part time Mayor of New York City, @BilldeBlasio, who was polling at a solid ZERO but had tremendous room for growth, has shocking dropped out of the Presidential race. NYC is devastated, he’s coming home!

During a news conference on Friday, de Blasio said he had no regrets about his failed presidential campaign, according to the Associated Press.

“I feel very good about the message,” he said. “I feel that people want progressive change. They want to focus on these working people. The message resonated real well.”

He then admitted, “We were watching the polling to see if anything was moving, and it just wasn’t moving.”