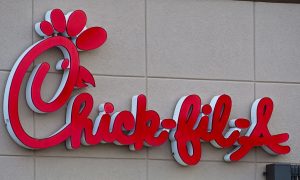 Chick-fil-A Now Giving Out 200,000 Free Sandwiches: Here's How to Get One
0
Share Now
TelegramFacebookTweetEmailTellMeWeReddit
Copy Link 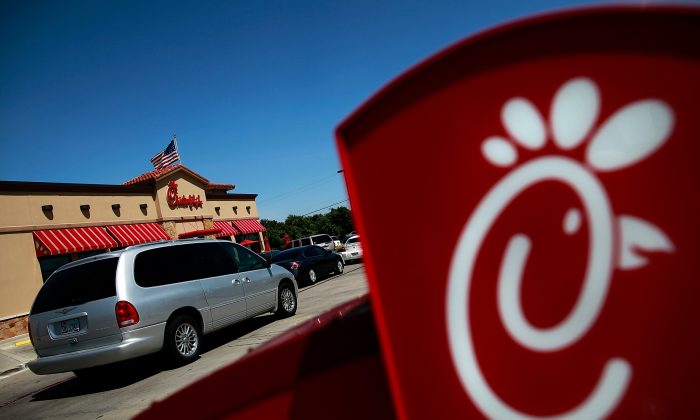 Drive through customers wait in line on 'Chick-fil-A Appreciation Day' in Fort Worth, Texas, on Aug. 1, 2012. (Tom Pennington/Getty Images)
US News

“I was disappointed to learn of the NFTA’s decision to introduce Chick-fil-A as a restaurant option at the Buffalo-Niagara International Airport. Chick-fil-A has a long history of supporting and funding anti-LGBTQ organizations,” Ryan said in a Facebook post on Thursday.

“The views of Chick-fil-A do not represent our state or the Western New York community, and businesses that support discrimination have no place operating in taxpayer-funded public facilities,” he continued.

“First and foremost, the NFTA is an organization that prides itself on its strong commitment to diversity and inclusion and stand firmly against any form of discrimination,” the statement said. “We have the utmost respect for Assemblyman Ryan and consider him a great partner and friend to us.”

Ryan later applauded the NFTA’s decision. “I don’t believe there is anything to discuss with NFTA on the issue,” Ryan wrote. “We can’t allow companies who support anti-LGBTQ groups to do business at state owned facilities,” he stated.

“The Constitution’s protection of religious liberty is somehow even better than Chick-fil-A’s chicken,” Texas Attorney General Ken Paxton said in a letter to San Antonio officials. “Unfortunately, I have serious concerns that both are under assault at the San Antonio airport.”

Paxton also spoke out publicly against the ban, telling KLTV, “The City of San Antonio’s decision to exclude a respected vendor based on the religious beliefs associated with that company and its owners is the opposite of tolerance. The city’s discriminatory decision is not only out of step with Texas values, but inconsistent with the Constitution and Texas law.”

Chick-fil-A responded to inaccurate media reports on their charitable giving in a statement in March.

“On March 20, media organizations reported on the Chick-fil-A Foundation’s charitable giving in 2017 (which is the latest tax filing available). This continues a long trend in what continues to be a misleading report that is driving an inaccurate narrative about our brand. We are here to set the record straight,” the statement said.

“The principles that guide Chick-fil-A are exemplified in the customer experience we are known for. They inform our behaviors of giving back to our communities, allowing our Team Members time to rest and rejuvenate and nurturing people with good food and warm hospitality.”

The statement went on to enumerate the organizations to which Chick-fil-A donates, including the Salvation Army, Fellowship of Christian Athletes, and Junior Achievement.