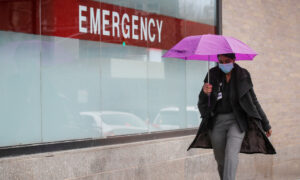 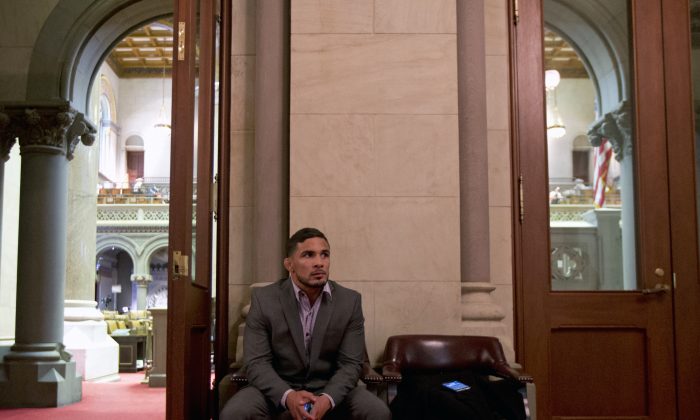 ALBANY, N.Y.—New York is poised to end its ban on professional mixed martial arts, the last state to prohibit the combat sport.

Conducted inside a cage or other enclosure with a referee present, MMA bouts end when one fighter quits or gets knocked out, or else judges decide after 15 or 25 minutes of fighting who the winner is.

The New York Assembly plans to vote this week, following years of leaving the ban intact after critics complained the sport is too violent. That Democrat-controlled chamber approved it in 2007 then subsequently balked. The Republican-controlled Senate, initially reluctant, has voted to legalize it for the past seven years.

UFC has its eyes on hosting a major fight card late this year at Madison Square Garden and predicts there will be other professional shows next year in Brooklyn, Buffalo and smaller cities.

Fighters wear small, fingerless gloves and little else. They punch, kick, elbow, grapple, knee, trip, tackle, slam, and choke each other inside a cage.

The legislation would put MMA under the control of the State Athletic Commission, which regulates professional boxing with drug testing, officials and ringside doctors. It would have to prepare to do the same for mixed martial arts.