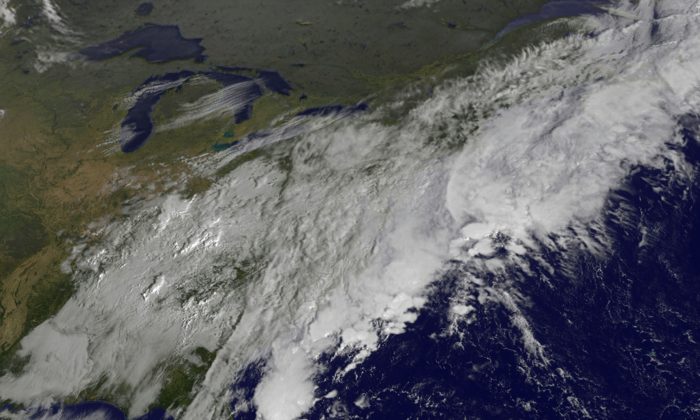 The way Mother Nature works, you can never be too sure if a storm will actually hit or how hard it will hit, the governors of New York and New Jersey warned on Thursday morning as they both alerted citizens to get prepared for Hurricane Joaquin, a category 4 storm that swept through the Bahamas midday Thursday.

Cuomo and New Jersey Gov. Chris Christie have made similar announcements about hurricanes at least twice in the last five years, when Hurricane Irene and Superstorm Sandy approached the Northeast region.

Irene, in late 2011, threatened a full force hit, causing New York City to shut down its subway system for the first time in its history. Both governors declared states of emergency while the pending disaster was still far away. By the time Irene touched land in both states, it had weakened to a mild tropical storm. New Yorkers took the storm in stride, unfazed. Although it ended up costing $1.5 billion in FEMA public assistance dollars across New York state, the city was left almost unscathed.

Fast forward a little over a year later, both governors again declared states of emergency days ahead of Hurricane Sandy, expecting an unprecedented storm impact. But some jaded citizens failed to heed the warning, remembering the last false alarm.

Sandy, billed as the second-costliest hurricane in United States history, made up for Irene’s shortcomings. It caused extensive damage along the Northeast coastline and brought saltwater into city subway stations. They got it right that time, but it could not prevent the $18 billion in destruction.

Thursday morning, both governors erred on the side of caution once again. In separate press conferences, they urged citizens to expect the worst. Cuomo told reporters that he’s taking the “worse case scenario into full consideration,” to avoid paying the price of past mistakes.

Thursday morning, both governors erred on the side of caution

In New York, emergency operations centers were gearing up to be working by nightfall, while the city transportation systems cleared construction sites and prepositioned equipment. Cuomo said a significant amount of rebuilding had been done since Sandy hit so the city is better prepared this time:

“Physical construction has been done, barrier walls are now up, new equipment at the airports to provide pumping if there’s water that goes over the barrier, et cetera ” he said listing the measures taken.

Christie declared a state of emergency due to a different tropical storm headed toward South Jersey coasts, warning that it’s still too early to tell what the impact of Joaquin will be.

The New Jersey Office of Emergency Management was activated at 6 a.m. Thursday and the Department of Environmental Protection had reached out to communities about moving sand to protect beaches.

After Superstorm Sandy, some energy companies servicing the Northeast had experienced structural damage, but still responded to customer emergencies. Since then, repairs have been made and provisions are in place to brace for this upcoming storm.

The New York Power Authority, the largest state public power organization with 16 generating facilities and over 1,400 circuit-miles of transmission lines, said via email all of their facilities are ready for 24-hour operation. “NYPA has undertaken close inspections of the sites of its facilities to ensure that equipment is safely secured against strong winds and other extreme weather conditions,” said spokesman Paul DeMichele.

The hydroelectric and natural-gas fueled plants are armed with sump pumps for removing water if needed, and backup generators have been fully fueled, he said.

On Thursday, the pipeline conglomerate’s primary preparation goals were “protecting the safety of the public, our workforce, and the environment,” Baker said.

Reuters reported that 238 barrels (some 10,000 gallons) of biodiesel leaked from its Carteret terminal. Ruiz said via email that the Carteret and Perth Amboy terminals have been restored and “terminals business have all deployed their hurricane plans and have set up their Incident Command structures.”