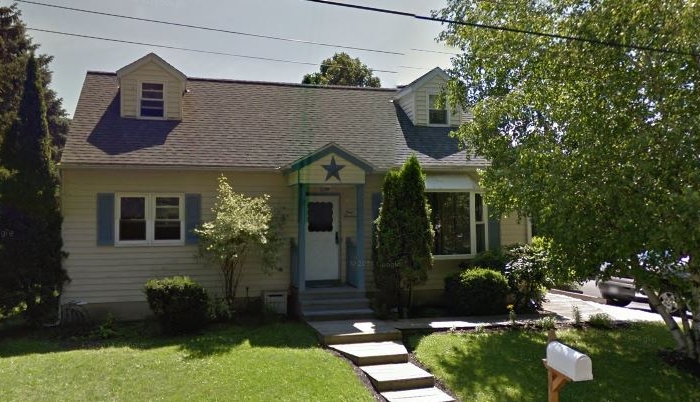 A file photo of the house that caught on fire. (Screenshot via Google Maps)
US News

New York Mother Died Trying to Save Her Mother, Son From Home Fire

A New York mother died from a fire after escaping the blaze but later rushing back in to try to save family members, authorities said.

The fire broke out at 900 Mann Ave. early Sunday, March 11, in Rensselaer.

Monzalah Alshami and her high school-age son Motasam leapt from a second-floor window to the ground to escape the flames, city police told WMUR.

The mother and son then ran to the front of the building where 41-year-old Monzalah Alshami plunged back inside to try to rescue her other son, 8-year-old Aymen, and her mother, 68-year-old Safia Alblakhi.

Motasam tried to go in after her but was driven back by the fire, Detective Scott Earing told WMUR.

Monzalah, Aymen, and Safia all died inside the house. Their cause of death was smoke inhalation.

Motasam is expected to survive after being treated at Albany Medical Center Hospital in the intensive care unit for non-life-threatening injuries.

“Physically he’s OK—burns on his hands and stuff, but you know, I can’t imagine what he’s going through mentally,” Kieran Teator, a friend of the Alshami family, told News10.

Teator said that he and his friend thought the fire was a dream.

“We were both gonna text each other and say, ‘Yo we just had this crazy dream where all of this happened but it would be fine because the next day we would go to school and we would see each other and it would be okay. And it’s day two and it’s still here,’” Teator said.

The children’s father, Saddek Alshami, was not in the house when the fire broke out around 4:45 a.m. because he had gone to work.