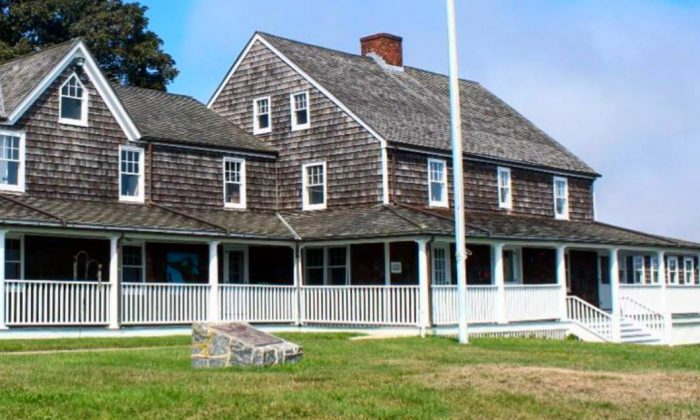 A Long Island woman will fight murder charges in court after allegedly admitting to a family member she killed her twin daughters on June 27.

The plea came just a day after she allegedly phoned her mother Vanessa McQueen, 48, around 2 p.m. and said she killed Jasmine and Jaida, both 2, with her “bare hands.”

“All Tenia would say was that it’s too late,” said McQueen, who lives in Mastic Beach, according to court documents obtained by Newsday. “I killed my babies and now I have to be with them.”

The father of the 2-year-old twins killed allegedly by their mother said he was in shock and at a loss to explain why it happened. https://t.co/cihm4AFxG0

Campbell also threatened to kill herself so she could be reunited with her daughters.

“At one point, she said she was going to find the ocean and walk into it and drown so she could be with her babies in heaven,” McQueen said according to Newsday.

McQueen reported Campbell to Suffolk County Police Department’s 911 emergency call center, saying Tenia had killed Jasmine and Jaida but she did not know where.

“She kept saying she was sorry but she didn’t want to live anymore and that she was going to kill herself and her babies,” McQueen told police according to Newsday.

Police conducted an extensive search spanning more than 60 miles between Medford and Montauk. Finally, officers used a GPS search of Campbell’s cellphone to find her 2001 Chrysler Town and Country minivan parked at the Montauk County Park not long after 4 p.m. Campbell was found at the Third House Nature Center in the park.

Police told the Associated Press the twins were found in cardiac arrest when officers found them inside the car. The girls were transported to Stony Brook Southampton Hospital where they were pronounced dead. Autopsies are expected to be conducted, AP reported.

The judge has ordered Campbell to be held without bail and she is being monitored 24 hours a day with one-on-one supervision according to Newsday.

McQueen revealed that Campbell has been diagnosed with bipolar disorder and has also battled depression. In recent days, the young mother had appeared to be having an especially hard time.

“She has been acting very irrationally and angry,” McQueen told police according to Newsday. “I tried to convince her to take a break from the kids and let me have them so she could recharge herself but she always says she can handle it.”

The accused’s Defense Attorney John Halverson described the deaths of Jasmine and Jaida as a “horrific tragedy,” and will examine Campbell’s mental state.

“The act, or alleged act, speaks for itself,” Haverson told Newsday. “A mother hurting her own children is unfathomable.”

However, police told Newsday there were no reported cases of domestic violence or mental illness incidents at Campbell’s home. Social service agencies had never visited the premises, according to Newsday.

“In they first year they have managed to stress me out to maximum capacity and still make me extremely happy,” the mother said on Facebook. “Such a blessing and a headache it is to have twins. I love you girls till the death of me.”