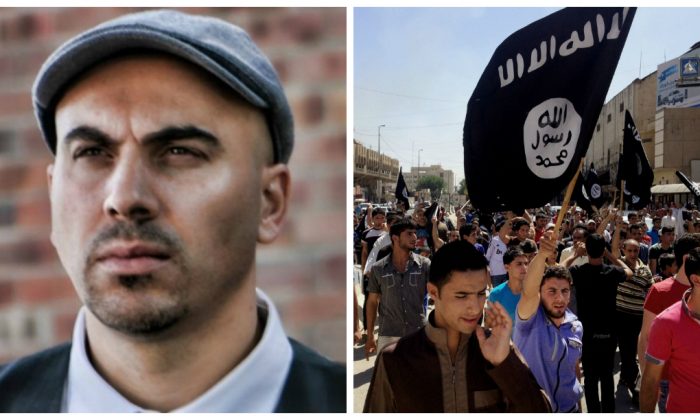 The son of a New York mob boss has put out a message to terror group ISIS.

Giovanni Gambino, the son of a top man in the Gambino mob, says the mafia is in a much better position to handle security during a terror event as opposed to official bodies like the NYPD or FBI.

They often act too late, or fail to see a complete picture of what’s happening due to a lack of ‘human intelligence,'” he said in an interview with NBC News.

The mafia’s in-depth knowledge of the community gives it the upper hand, he said.

“The world is dangerous today, but people living in New York neighborhoods with Sicilian connections should feel safe,” he said. “We make sure our friends and families are protected from extremists and terrorists, especially the brutal, psychopathic organization that calls itself the Islamic State.”

Gambino said that the Islamic State fears the Sicilian mafia, one reason the terror group hasn’t tried to set up cells in Sicily.

“The mafia has a bad reputation, but much of that’s undeserved,” said Gambino, who moved to Brooklyn from Italy in 1988.

“As with everything in life, there are good, bad and ugly parts – the rise of global terrorism gives the mafia a chance to show its good side.”