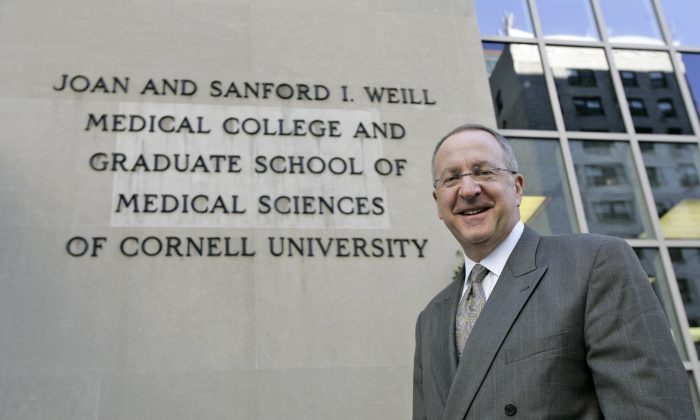 ALBANY, N.Y.—New York is quietly building one of the nation’s largest computer databases of medical records, a system that when finished will allow patients and doctors alike to see complete health histories in one place and promises to save millions in costs by avoiding redundant tests and unneeded hospital admissions.

People who visit emergency rooms are less likely to be admitted when they’re enrolled in the program, and repeat radiological scans and hospital readmissions are also less likely, according to initial limited studies done around Rochester, New York’s third-largest city.

“The value to society is also tremendous in avoiding unnecessary and redundant health care,” said Dr. Rainu Kaushal, chairwoman of Weill Cornell Medical College’s Department of Healthcare Policy and Research, who conducted the Rochester studies on the system, known as SHIN-NY, which stands for the State Health Information Network for New York and is pronounced “shiny.”

There’s a broader effort nationally to advance medicine from paper to computer files. The Veterans Administration, for instance, already has centralized records for nearly 3 million people that both patients and doctors can look at.

In such exchanges, patients must sign consent forms to have records included. They are subject to the same federal privacy restrictions that already apply to patient records in hospitals and doctors’ offices.

New York is being treated as a public utility, with providers paying a fee to connect but able to query patient records without added costs.

Centralized records can be useful because patients with complicated conditions may be unable to accurately recall all their treatments and medications from various doctors, or they may be in the throes of a medical crisis and unable to communicate, Kaushal said.

Use of the database is not appropriate in every case, Kaushal added, but the studies show “striking” effectiveness when it is.

Dr. Louise Prince, an emergency room doctor at Upstate Medical Center in Syracuse, said that she and her residents typically use the regional exchange once or twice per shift, and that the hospital’s internal medicine doctors use it frequently, saving time they used to spend faxing permission slips and waiting for another hospital to send patient records in response.

“It definitely allows us to see the evaluations they have had at other hospitals, including labs, EKGs, and radiologic testing,” Prince said. “So I definitely think it saves you reordering tests that may have recently been done, especially radiological tests.”

Some smaller states, including Vermont and Maryland, have also developed state health information networks. But New York’s is massive—and expensive.

Begun in 2007, SHIN-NY comprises 10 regional systems now being stitched together. All are expected to be connected by early next year. A pilot program for patient access is scheduled to start this summer at two hospitals, which haven’t been named yet.

More than $900 million has been spent so far building it, about half of it federal funds.

Exchange officials declined to estimate the final price, saying it will change with technology and increased use. The Cuomo administration budgeted $65 million this year for infrastructure.

About 71 percent of New York’s hospitals and more than 20 percent of its 67,200 doctors are now linked to the regional exchanges, according to New York eHealth Collaborative, the nonprofit working on the system.

David Whitlinger, executive director of the collaborative, said it should produce savings more than triple its estimated $70 million annual operating cost. It will be overseen by the state Health Department.