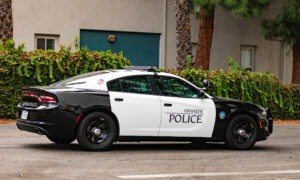 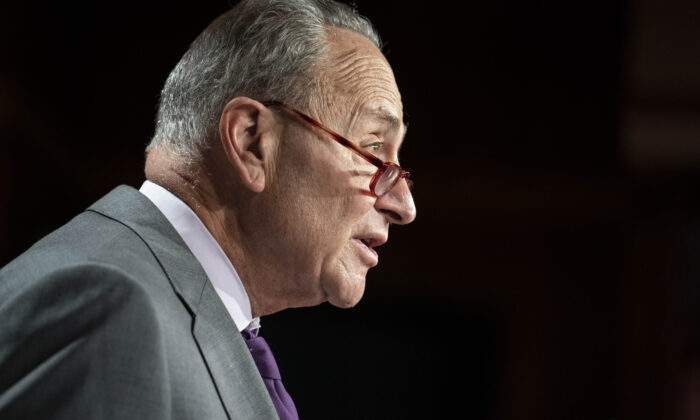 A New York man was charged this week with threatening to kill Senate Minority Leader Chuck Schumer (D-N.Y.), protesters, and law enforcement in retaliation for the 2020 presidential election.

Brian Maiorana, 54, of Staten Island, made the threats in numerous posts on social media, a special agent with the FBI said in a criminal complaint.

Maiorana wrote last month that “pipe bombs need to be thrown into these mobs of potentially non violent protesters,” according to authorities.

In one missive this month, he added: “The carnage needs to come in the form of extermination of anyone that claims to be democrat … as well as their family members.”

In a third post, he referred to Schumer, saying: “As the Jew Senator from Jew York said nothing is off the table. The Turner Diaries must come to life. We blow up the FBI building for real. All the alphabet agencies assassination will become the new normal now … that the electoral process is finished.”

A spokesman for Schumer didn’t respond to a request for comment.

Maiorana wrote that he felt the election was “fraudulently stolen” and said “the time has now past [sic] for patriots to stop being on the defensive,” adding: “defensive action is a position of weakness. We must take offensive action starting now. All of you know what that is.”

Special agent Nathan Rodnick said that Maiorana made similar posts on a forum called My Militia, where he posted under the username “Proud Patriot Sailor.”

Maiorana has a criminal history including a 2007 felony conviction for statutory sexual assault, authorities said. He is a registered Level 1 sex offender in New York.

Federal agents obtained financial records that show he purchased gun parts for a semi-automatic handgun between June and July and bought a crossbow, combat boots, and various military patches in 2018.

Maiorana was arrested on Nov. 10 and made his initial appearance later that day. He is being held pending trial.

It wasn’t clear if Maiorana, who made posts on Facebook about voting for President Donald Trump, had an attorney.

“The Department of Justice will not stand idly by when people like the defendant allegedly threaten to kill elected officials, lawful protesters, and law enforcement simply because of animus towards the outcome of an election. Americans have a constitutional right to voice their opinions, but this Office will not tolerate violence or threats of violence used to intimidate others with whom they disagree,” acting U.S. Attorney for the Eastern District of New York Seth DuCharme said in a statement.

“Mr. Maiorana’s online posts called for violence against our entire community—protestors, politicians, and law enforcement officers alike. His alleged threats are disturbing and far outside of acceptable norms, but they also violated federal law. A word of advice to those who haven’t yet figured this out—the FBI will carry out our mission to protect the public’s safety and our constitutional right to disagree with one another, but we will not tolerate threats and acts of violence,” added William Sweeney Jr., assistant director in charge of the FBI’s New York Field Office.