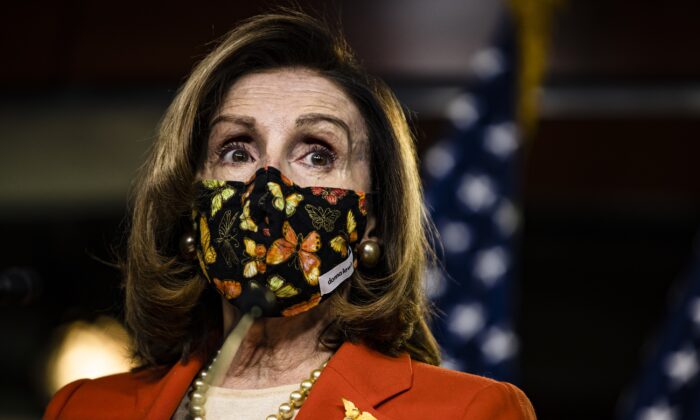 Authorities have arrested a New York man who allegedly made repeated threats on social media to murder Democratic members of Congress and urged a violent overthrow of the government.

Brendan Hunt, a part-time actor and filmmaker who sometimes used the alias “X-Ray Ultra,” was taken into custody in Queens on Tuesday by the FBI’s New York Joint Terrorism Task Force, the Justice Department said in a statement.

Hunt has been charged with threatening to murder a United States official, with the aim of impeding, intimidating, and interfering with them while they were engaged in carrying out their official duties, the criminal complaint against him states (pdf).

“Before the assault on the Capitol building, and again after, Hunt’s alleged online commentary directly called for the assassination of members of Congress,” said FBI Assistant Director-in-Charge William Sweeney, referring to the Jan. 6 riot at the Capitol while a joint session of Congress was certifying electoral votes for President Joe Biden.

“To others from this area who still don’t get it—if you are considering a similar path to ‘take up arms’ like Mr. Hunt did, that road leads nowhere except a reservation at our building downtown,” Sweeney added.

Hunt on Tuesday made an initial appearance in court, where he was ordered detained pending trial.

The complaint alleges that, between Dec. 6 and Jan. 12, Hunt made a series of posts online threatening or inciting others to murder members of Congress, including House Speaker Nancy Pelosi (D-Calif.), incoming Senate Majority Leader Chuck Schumer (D-N.Y.), and Rep. Alexandria Ocasio-Cortez (D-N.Y.).

Hunt allegedly posted a video on Bitchute two days after the Capitol riot, entitled “KILL YOUR SENATORS,” with the summary line, “Slaughter them all,” the complaint states.

“They’re gonna come after us, they’re gonna kill us, so we have to kill them first,” Hunt allegedly said in the video.

“We need to go back to the U.S. Capitol when all of the Senators and a lot of the Representatives are back there, and this time we have to show up with our guns. And we need to slaughter these [expletive],” he said, according to the complaint.

“[O]ur government at this point is basically a handful of traitors … so what you need to do is take up arms, get to D.C., probably the inauguration … so called inauguration of this [expletive] communist Joe Biden … [T]hat’s probably the best time to do this, get your guns, show up to D.C., and literally just spray these [expletive],” he said, the complaint alleges.

Hunt also called on President Donald Trump to hold a “public execution” of Ocasio-Cortez, Pelosi, and Schumer, saying that if he does not, “the citizenry will.”

“Start up the firing squads, mow down these commies, and lets take america back!” he said, the complaint alleges.

Hunt will be prosecuted by the U.S. Attorney’s Office for the Eastern District of New York.