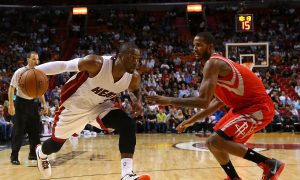 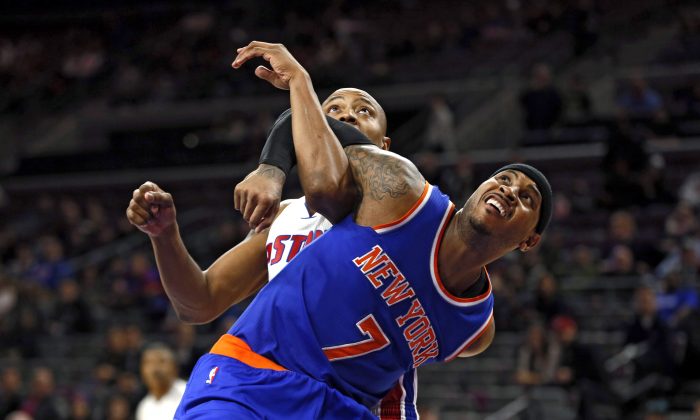 The New York Knicks are set to take on the Brooklyn Nets on Friday night, as news and rumors ramp up for both teams as the season kicks into high gear.

Knicks Set to Take on Nets

The New York rivalry is set to take place on Friday night, when the Knicks travel to the Barclays Center to play for the ninth time since the Nets moved to Brooklyn.

Both teams are struggling to gain momentum after losing pieces in the offseason and getting new coaches, which includes learning new schemes.

But the rivalry is alive and well and the teams will be gunning for the win.

Carmelo Anthony said that the Knicks will need to get better playing the triangle offense before they move forward.

“We can’t move forward until we get the basics (of the triangle) down. Some nights, we seem like we have it down and some nights we don’t,” Anthony told ESPN.

“It’s going to be a little inconsistent from that standpoint until we get the foundation of the system down.”

Jarrett Jack noted that Anthony isn’t the only player the Nets need to worry about.

“We can’t just fall into, ‘Let’s stop Carmelo,'” he said. “They have other players that can go out there and put the ball in the basket and carry them to a win as well. We have to go out there knowing he’s a guy that can have a big game for them, but they have other guys that can be successful, as well.”

Jason Smith became the third player to start at power forward for the Knicks, in the 98-95 loss to the Detroit Pistons.

Smith isn’t as good of a rebounder as Amare Stoudemire or Quincy Acy but is a better shooter and fits into the triangle offense well.

Smith grabbed only three rebounds but scored 17 points on 7-of-8 shooting.

“Just trusting the offense, guys hitting me for open looks,” said Smith, who signed a one-year, $3.3 million deal for the mini mid-level exception.

“Detroit was letting us run certain sets. You go with what the defense gives you.”

Coach Derek Fisher envisions Andrea Bargnani as the starter, but Bargnani has been injured and is out indefinitely.

Acy, who has started two games, is also battling an injury.

Buried in a larger article about a potential J.R. Smith was the revelation that new team president Phil Jackson doesn’t want to make any trades until December.

A source told the New York Post that Jackson has no plans to make any deals until Dec. 15 — a key NBA date as 2014 free-agent signees and 2014 draft picks are eligible to be traded.

Smith, Iman Shumpert, and Tim Hardaway Jr. are among the Knicks players that have been involved in some trade rumors.

Amare Stoudemire and Andrea Bargnani–two players whose contracts expire after this year–could also conceivably be shipped off.

Knicks Have High Hopes for Antetokounmpo

The Knicks snagged three players in the draft, but only one is currently on the roster.

However, one of the two players not on the roster, Thanasis Antetokounmpo, is certainly in the team’s future plans.

Antetokounmpo, the older brother of heralded Milwaukee Bucks second-year player Giannis, was convinced by Jackson to take a smaller offer to join the Knick’s D-League team instead of taking a lucrative offer on the table from a European team.

“That was major,” Antetokounmpo told ESPN of Jackson’s phone call to him. “It’s my dream to be here with the Knicks,” Antetokounmpo added at the team’s media day. “The Knicks gave me the opportunity to be here. They drafted me and I think they trust me.”

All Houston, the general manager of the D-League’s Westchester Knicks, said that Antetokounmpoe has a lot of upside. “His impact on the game is high. He finds a way to leave an imprint,” Houston said.