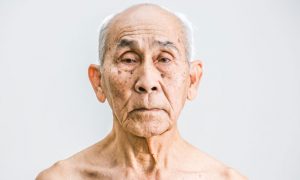 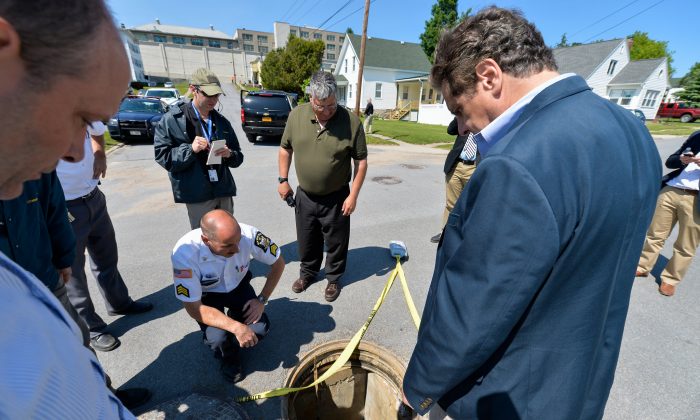 DANNEMORA, N.Y.—Investigators are looking into whether civilian employees or private contractors helped two convicted killers obtain the power tools they used to break out of a maximum-security state prison near the Canadian border, New York Gov. Andrew Cuomo said Monday.

Cuomo said during a round of appearances on television morning news shows that he’d be shocked if a prison guard was involved in the escape from Clinton Correctional Facility in Dannemora, 20 miles south of the border.

Officials said David Sweat, 34, and Richard Matt, 48, cut through steel walls at the back of their adjacent cells and steel pipes while making their “Shawshank Redemption”-style breakout, which guards discovered early Saturday. Sweat and Matt were still on the loose Monday.

Investigators are interviewing hundreds of civilian employees and the contractors who have been doing extensive renovations at the 150-year-old facility, Cuomo said.

David Sweat, 34, and Richard Matt, 48, cut through steel walls at the back of their adjacent cells

“We’re going through the civilian employees and private contractors first,” he said on NBC’s “Today” show. “I’d be shocked if a correction guard was involved in this, but they definitely had help, otherwise, they couldn’t have done this on their own, even from the equipment point of view.”

Cuomo said the escape was a “sophisticated plan” and announced a $100,000 reward for information leading to men’s capture.

Sweat was serving a sentence of life without parole for the 2002 killing of a sheriff’s deputy. Matt had been sentenced to 25 years to life for kidnapping, killing and dismembering his former boss in 1997.

“These are killers. They are murderers,” the governor said. “There’s never been a question about the crimes they committed. They are now on the loose, and our first order of business is apprehending them.”

Officials gave no details on how the men managed to avoid detection while cutting their way out. “They had to be heard,” Cuomo told ABC’s “Good Morning America” on Sunday.

After the search is over, “we’ll go through the exact details of what they did and how they did it to ensure this never happens again,” Cuomo said later.

Hundreds of law enforcement officers fanned out around the prison, following up on dozens of tips. Authorities set up roadblocks and brought in bloodhounds and helicopters.

Dubbed “Little Siberia” by locals, the prison houses nearly 3,000 inmates, guarded by about 1,400 correction officers. Surrounded by farmland and forests, the prison is about a 45-minute drive by car to Montreal.

Cuomo said the escapees may have crossed into Canada or headed to another state or Mexico, where Matt served time for killing a man in 1998.

“This is a crisis situation for the state,” he said. “These are dangerous men capable of committing grave crimes again.”

Prison officials found the inmates’ beds inside their separate cells stuffed with clothes on Saturday morning in an apparent attempt to fool guards making their rounds. On a cut steam pipe, the prisoners left a taunting note containing a crude Asian caricature and the words “Have a nice day.”

Officials said the inmates cut through the steel wall at the back of their cells, crawled down a catwalk, broke through a brick wall, cut their way into and out of a steam pipe, and then sliced through the chain and lock on a manhole cover outside the prison.

To escape, the inmates had to cut into the steam pipe then shimmy “some distance,” Cuomo said, before cutting themselves out again. Their path brought to mind “The Shawshank Redemption,” the 1994 adaptation of a Stephen King story about an inmate’s carefully planned escape.

It was the first escape from the maximum-security portion of the prison, which was built in 1865.

Cuomo said investigators were confident the men obtained the tools inside the prison. Acting Corrections Commissioner Anthony Annucci said an inventory of prison tools had so far shown none missing and he was in contact with contractors who were doing or had done work at the prison.

Martin Horn, former commissioner of the New York City Department of Correction and a professor at the John Jay College of Criminal Justice, said prison breaks are not common.

“Prison escapes are a relatively rare event,” said Horn, who is not involved in the probe of the Clinton escape. “That tells you that a great deal of planning is involved because it’s not an easy thing to accomplish.”

Horn, a former secretary of corrections for the state of Pennsylvania and a prison warden in New York state during the 1980s, said the two inmates had to “obtain some fairly sophisticated tools,” either from the prison, which he said maintains an inventory of their tools — “every pair of scissors, every wrench, every power tool” — or from an outside contractor.

But he said many questions remain, among them how long it took to prepare for the escape, the kinds of tools used, what powered them, why no one heard the noise and how the prisoners hid the holes they made.