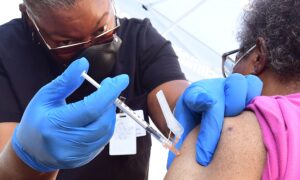 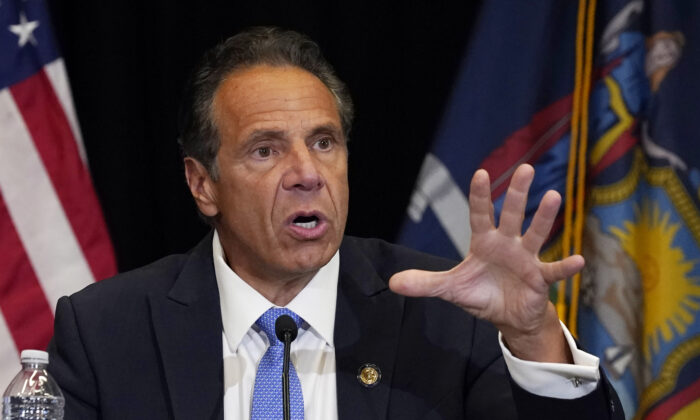 New York Governor Andrew Cuomo announced on Monday the allocation of $15 million from the New York State budget for a door-to-door campaign to convince people unvaccinated against COVID-19 to get vaccinated. The promotion will target communities where the vaccination rate is low but the number of positive tests has increased.

A non-profit organization Hispanic Federation and Federation of Protestant Welfare Agencies, a social service organization, were granted $5.5 million each while four other organizations and health centers serving Asian American communities and immigrant groups received $1 million each, according to a statement by the governor’s office.

The organizations will use the funding for education, marketing, and vaccination access assistance. Some may also “subcontract with organizations serving targeted communities,” the statement said.

“New York is pulling out all the stops to get shots in arms, and this budget funding will help us target outreach efforts in the state’s most vulnerable communities to make sure that everyone is able to get vaccinated,” Cuomo said in the statement.

The percentage of adults in New York, who have been vaccinated against COVID-19, has reached 75 percent, said Cuomo when announcing the grants at Yankee Stadium in New York, which has been transformed into a vaccination site.

Cuomo pointed out that the number of people who tested positive for COVID-19, a disease caused by the CCP (Chinese Communist Party) virus, rose to about 1900 from 346 positive tests recorded a month ago, adding that 72 percent of the new positives are linked to the delta variant.

“Only 0.15 percent of vaccinated New Yorkers have been infected by the COVID delta variant,” Cuomo said, “The vaccines work.”

“What we’re looking at is a pandemic of the unvaccinated, a pandemic of that 25 percent of the population that has still refused to get the vaccine. So the problem now is vaccine hesitancy.”

The focus will be on nearly 200 zip codes in the State of New York and New York City with new COVID-19 positive tests above the state average and a vaccination rate below the average.

The new approach to target people living in these areas will be through community-based organizations that know local people, know their culture, their issues, and fears, Cuomo said.

“It almost has to be a one-on-one conversation with that 25 percent, because it’s not going to be a top-down message. It has to be someone who speaks their language—literally and figuratively.”

NEW – NY Gov. Cuomo: “We have to knock on those doors, and we have to convince people, put them in cars & drive them and get that vaccine in their arm. That is the mission.”pic.twitter.com/nSIVsBuoPo

Community door-to-door outreach was announced by President Joe Biden and other White House officials at the beginning of June in an effort to boost COVID-19 vaccination rates.

Biden said that people will be “knocking on doors” to get “help to the remaining people” who aren’t vaccinated.

As of July 27, 49.2 percent of the American population have been fully vaccinated, according to the Centers for Disease Control and Prevention (CDC)