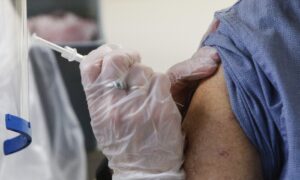 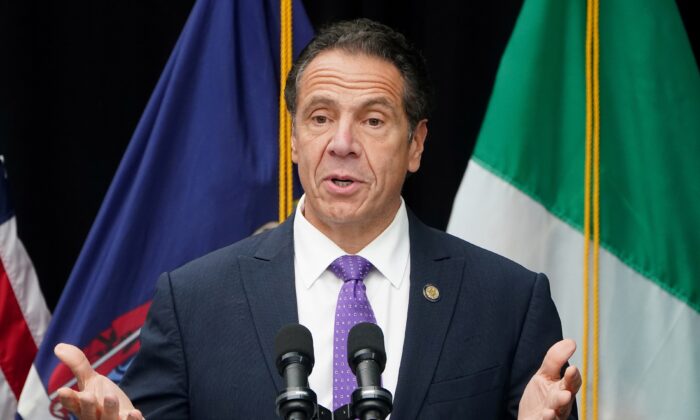 New York Gov. Andrew Cuomo on Jan. 18 asked Pfizer’s CEO if the state could buy COVID-19 vaccine doses directly from the U.S. drugmaker, saying that the Trump administration has failed to release enough doses to his state.

In a letter (pdf) to Pfizer’s CEO and Chairman Albert Bourla, Cuomo said that New York state would lose “a footrace” with the CCP (Chinese Communist Party) virus unless it “dramatically increase[s] the number of doses getting to New Yorkers.”

“It is abundantly clear that these vaccines are the weapons that will finally win the war against COVID-19,” the Democratic governor wrote, highlighting the nationwide surge in hospitalizations and deaths linked to COVID-19, the disease caused by the CCP virus.

“After myself and seven other governors called on the Trump administration to release more doses, HHS Secretary Alex Azar said that relief was on the way. To date, however, the federal government has not acted on that promise,” Cuomo wrote.

The governor said he was appealing to the drugmaker directly as the company was “not bound by commitments” that Moderna made as part of Operation Warp Speed—the government’s program to distribute COVID-19 vaccines.

“The distribution of any doses obtained directly from Pfizer will follow the rigorous guidance the state has established, while enabling us to fill the dosage gap created this week by the outgoing federal administration,” he wrote. “All of this will further our goal to vaccinate 70 to 90 percent of New Yorkers as soon as possible and reach herd immunity.”

Pfizer, however, told Reuters that such a proposal would first require approval by the U.S. Department of Health and Human Services. No other state has bought COVID-19 vaccine doses directly from the producer.

Michigan Gov. Gretchen Whitmer is also is seeking to purchase vaccines directly from the drugmaker.

Trump administration officials had said they projected 20 million people would get vaccinated against COVID-19 by the end of 2020. According to the Centers for Disease Control and Prevention, more than 31.1 million doses have been distributed as of Jan. 15 but just 12.2 million have been administered.

Both of the authorized vaccines are built on messenger RNA platforms and require two doses spaced several weeks apart.

“We now believe that our manufacturing is predictable enough that we can ensure second doses are available for people from ongoing production. So everything is now available to our states and our health care providers,” Azar told ABC’s “Good Morning America” on Jan. 12.