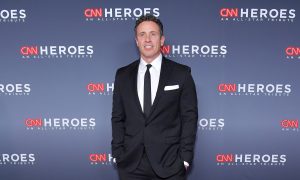 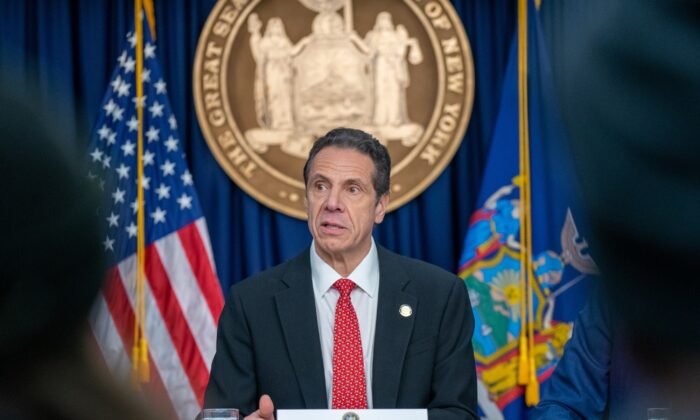 New York Gov. Andrew Cuomo said he is banning public gatherings of 500 people or more over the coronavirus outbreak.

The governor stated in a March 12 Twitter post that his office is “taking new actions to reduce the density of people across the state.” So starting at 5 p.m. on March 13, gatherings with more than 500 people “will not be permitted.”

“Additionally, for facilities with an occupancy of 500 or fewer, we are reducing the legal capacity by 50 percent,” Cuomo wrote.

These new rules, he said in a press briefing, will go into effect even sooner for Broadway theaters in Manhattan; they will shut down at 5 p.m. on March 12.

“So, we’re going to take very dramatic actions in that regard to reduce the number of people in a contagious environment,” he said. “No gatherings with 500 people or more.” Schools, hospitals, nursing, and mass transit facilities will be exempt, he said.

Some businesses will get a “closed order,” which will direct them to close, Cuomo said.

We are taking new actions to reduce the density of people across the state.

Starting Friday at 5pm, gatherings with 500 people or more will not be permitted in NYS.

Additionally, for facilities with an occupancy of 500 or fewer, we are reducing the legal capacity by 50%.

Regarding nursing homes, Cuomo said that facilities can make exceptions for those seeking to visit a family member who is sick or dying. However, they will have to wear protective gear.

More than 200 people in New York have been confirmed to have contracted COVID-19, the disease the coronavirus causes, although no deaths have been reported. The majority of the cases have been linked to a cluster in Westchester County, located just north of New York City.

In an attempt to reduce the spread of the virus, Cuomo also declared the Westchester County city of New Rochelle, which has a population of around 80,000, a containment area, and called in the National Guard to bring in food and sanitize buildings. Cuomo has said that streets aren’t closed, and movement hasn’t been restricted.

On March 12, New Jersey Gov. Philip D. Murphy also recommended that all public gatherings of more than 250 people be canceled due to the outbreak.