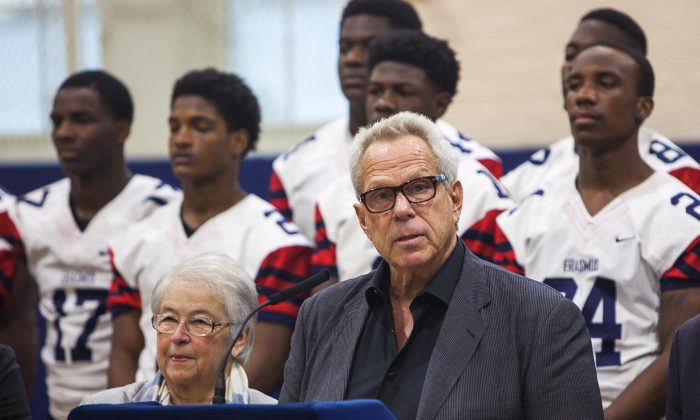 The additional trainers and EMTs would allow “student athletes, regardless of their background, to choose to play football in a much safer manner,” Tisch said. “I would also hope that my gift inspires other philanthropists, other citizens, other New Yorkers who love sports–the high school level, the professional level–to see the value in a gift like this and make similar kinds of gifts.”

“Before this, a lot of schools just didn’t have the resources,” de Blasio said. “They didn’t have the ability to necessarily have trainers, certainly not for the practices, and that just wasn’t fair.”

“Programs like this help these kids stay on the right track and get more kids to play football,” Cruz said.

Football players from Erasmus Hall and Abraham Lincoln High School also joined the announcement. The teams will compete in the final of the Public School Athletic League playoffs on December 9 at Yankee Stadium.