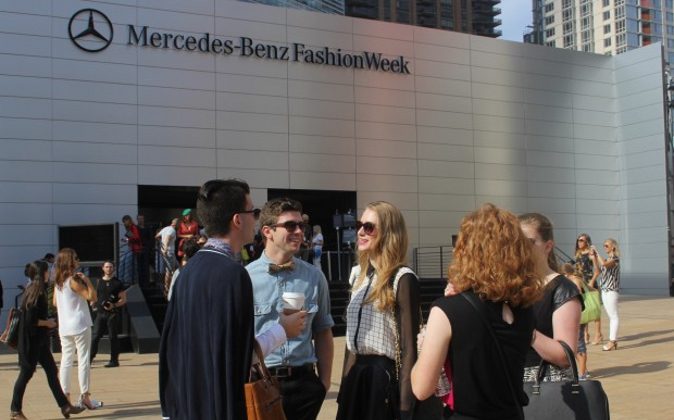 From Lincoln Center and back. (Photos by Marcus Green/Epoch Times)
Fashion

This year’s New York Fashion Week (NYFW) will literally spread through the whole city. Brace yourself with warm clothes and be ready to travel across town and back. Thanks to Alexander Wang, fashion week attendees will be heading to Brooklyn too!

Starting this Thursday, visitors’ fashion journey will begin at Lincoln Center, then down to Chelsea, back uptown, crosstown, and downtown again to finished the week.

The good news about all the traveling is that NYFW  will introduce completely new spaces to sustain the growing needs of fashion shows. The Pavilion and The Hub at Hudson are two new venues just minutes from the Tents, where emerging talents such as J. Crew or Ruffian will be featured. The Event Lobby will also be redesigned as a comfortable place for business and networking, important components of Fashion Week.

This newly launched Mercedes-Benz Fashion Week (MBFW) District will serve as a fashion village or the “virtual home of fashion week,” as IMG said in its press release. It will also serve as a place to watch live streamed footage and as an off-site venue for a break between shuttle bus trips.

Fashion week brings much to look forward to. Diane von Furstenberg for IMG Fashion said in a release: “New York City is the epicenter of fashion and the redesigned MBFW District will show off all of the talent and culture that is seen throughout the entire city.”