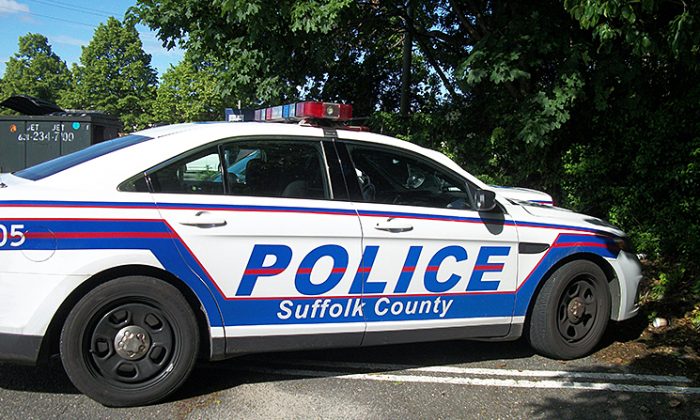 A man whose father has been missing for decades has found human bones in the basement of his family’s home on Long Island. He’s having the bones tested to see if they really are his father’s.

Michael Carroll, 57, and his siblings had long suspected that the remains of their father, who disappeared in 1961, could be buried beneath the family home on Olive Street in Lake Shore, New York, which the family had owned since at least 1955.

His mother Dorothy had never given a clear account of where her husband, George Carroll, had gone, and she passed away in 1998. George disappeared shortly after the birth of their son Michael.

Suffolk County Police Homicide Detective Lieutenant Kevin Beyrer told Newsday, “It was just always a family legend or lore that the father was buried in the basement since 1961.

“The father was a Korean War veteran. One of the stories they had over time was that he had moved back to Korea. So the family just never really knew.”

Michael Carroll was only 8 months old when his father disappeared. He has no memories of his father; he knows George Carroll only through a single old photograph.

Lake Grove, NY- Suffolk homicide squad is investigating skeletal remains found in an Olive St home. They may be that of a man missing since 1961 who moved into the house in 1957. pic.twitter.com/qvfPmbIfGr

The family searched wherever they could over the years for some clue as to George Carroll’s whereabouts. The growth of the internet gave the family multiple avenues for exploration, however nothing could be found.

Yet family members continued to talk to anyone who might have had any information. They even consulted psychics.

Eventually Michael Carroll hired a company to use ground-penetrating radar to scan beneath the concrete slab in the home’s basement.

Based on what that company told him, Carroll recruited his two sons, both in their 20’s to begin breaking through the slab and digging for possible remains.

Carroll’s sons dug in their spare time for a few months before finding what they had feared might be there.

Around 10 p.m. on Oct. 30, the sons found skeletal remains. Carroll was immediately sure the bones were human, although he couldn’t be sure they were his father’s.

Michael Carroll told Newsday that he called the rest of the family with the news immediately after the bones were found, on the night of Oct. 30. He called the police the following afternoon.

While he has no scientific evidence, Carroll said he’s sure the bones belong to his father.

“I’m happy for my dad because he’s out of there,” he told Newsday. “He didn’t deserve to be in the hole. Now I can give him a decent burial.”

The police will bring in a forensic anthropologist to examine the remains. The bones will be DNA-tested, and only then will Michael Carroll know for sure if he finally solved the mystery of his father’s disappearance.

The hole in which the remains were found might once have been a well.

“It’s pretty far down,” Lieutenant Beyrer told reporters, referring to where the bones were found. “There’s a hole in the basement probably 4 to 5 feet deep. It is under concrete.”

Some of Michael Carroll’s siblings recall that the hole was covered over with concrete at some time in the past.