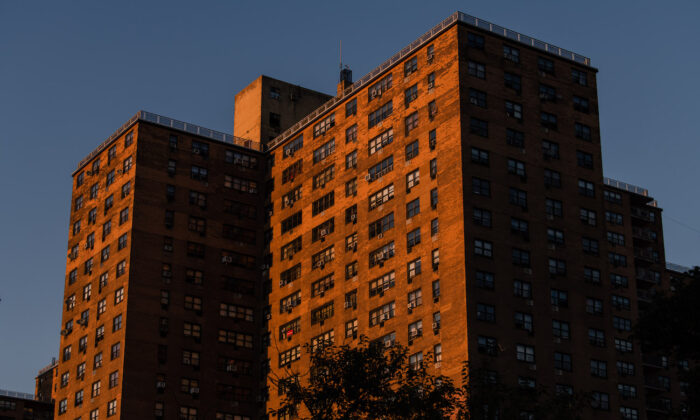 The state’s lawmakers voted to extend the residential and commercial eviction moratorium on Wednesday, when Hochul convened a special session of the state legislature for the vote. She later signed the measure into law, which will extend the eviction ban that was set to expire on Aug. 31.

“The pandemic has created unimaginable anxiety for families and business owners who have lost income and are struggling to pay the rent every month,” Hochul said in a statement on Thursday.

“To help remedy the Supreme Court’s heartless decisions striking down the New York and the Biden administration’s moratoriums on evictions, we are enacting a new moratorium on residential and commercial evictions and extending the protections of New York’s Safe Harbor Act to January 15. These steps will alleviate the crisis facing vulnerable New Yorkers who are suffering through no fault of their own.”

A previous policy in New York state was found by the Supreme Court to have potentially violated landlords’ rights to due process. That policy had prevented tenants from being evicted, if the tenants claimed in a form that they suffered economically, or that moving would risk their health, amid the pandemic.

The new eviction moratorium seeks to protect tenants from eviction and give landlords the right to challenge any tenants’ claim of financial hardship that shields them from eviction.

The new law still allows tenants to fill out a similar form, but also enables landlords to challenge such claims by requesting a hearing in housing court to seek review of the claims if they doubt that a tenant is experiencing financial hardship. Judges will decide whether to go ahead with an eviction case.

More than 700,000 households in New York owe an estimated $2.2 billion in rent collectively, according to the National Equity Atlas. Most eviction cases have been paused in housing courts since the start of the pandemic, March 2020, when the state’s moratorium was first put in place. It had been extended twice prior to the latest extension.

According to Hochul’s office, New Yorkers who are struggling to pay rent can apply for assistance through the state’s Emergency Rental Assistance Program, which has obligated or distributed more than $1.2 billion in funding, including over $300 million in direct payments to more than 23,000 landlords, as of Aug. 31.

“Applicants to this program are automatically protected from eviction while their application is pending and will receive a year of eviction protections if they qualify for assistance,” according to Hochul’s office.