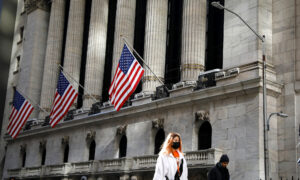 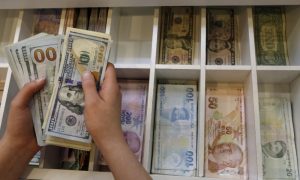 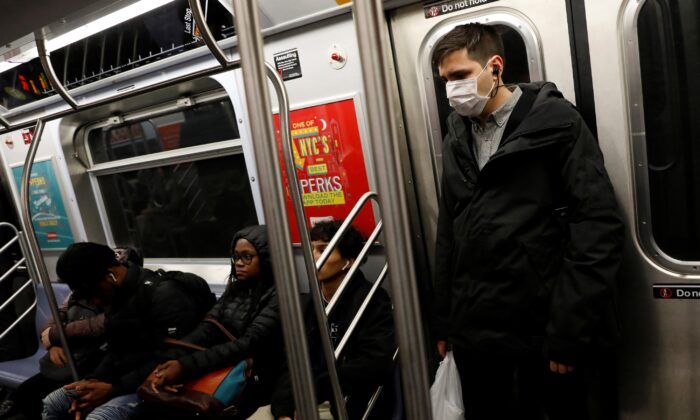 A man in a face mask rides the subway in Manhattan, New York City, after further cases of coronavirus were confirmed in New York on March 5, 2020. (Andrew Kelly/Reuters)
AMERICA

Two new cases were reported in New York City and one on Long Island. In total, the number of cases doubled in the state in just hours to 22.

“The number will continue to go up,” Cuomo said at a press conference. “It must, because we are continuing to test more and more. The more you test the higher number you will have.”

The cluster centers around a lawyer who lives in Westchester County but works in the borough of Manhattan. Nine cases had previously been linked to the 50-year-old man, including his 20-year-old son, his 14-year-old daughter, and his wife.

A neighbor who drove the lawyer to the hospital on Feb. 27 tested positive, as did a friend he spent time with. Tests returned positive for the friend’s children and spouse.

The other new cases were two New York City residents, a man in his 40s and a woman in her 80s who were both in intensive care in hospitals, and a 42-year-old man in Nassau County who is also in the hospital. The county Department of Health didn’t immediately provide information on that patient.

Disease detectives are working on tracing the contacts of the new cases.

The eight new patients in Westchester are all showing mild or no symptoms, Cuomo said.

Dozens of others have tested negative for the virus.

Testing helps limit the spread of the virus even though the current system is “imperfect,” the governor told reporters. The procedures include isolating confirmed cases and identifying known contacts of those cases.

“You go through the same process over and over again. The universe obviously continues to expand, but the more you can do, the better. And that’s what we’re doing all across the state,” he said.

Officials have asked New Yorkers to remain calm amid the escalating case count, referring to international figures that indicate about 80 percent of people who have the virus have an experience similar to the flu and will recover without hospital care.

The other 20 percent or so require hospitalization, with a percentage of those needing intensive care and, in some cases, mechanical ventilation.

The virus has spread to a slew of new states this week, including Florida, New Hampshire, and New Jersey. The cluster of cases in New York is the biggest outside of Washington state, where a large cluster has been linked to a nursing home in Kirkland just outside Seattle.

The majority of cases in the United States are in Washington state or California, which is holding the Grand Princess cruise ship off the coast after the first death by the virus in the state came from a patient who had traveled on the ship to Mexico and back.

The virus, which first emerged in China in December 2019, appears similar to the flu in most people, with symptoms including fever, coughing, and respiratory issues. If people show symptoms they should contact health authorities or their doctor.