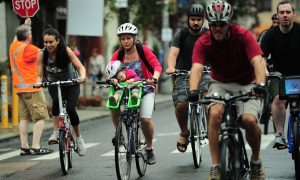 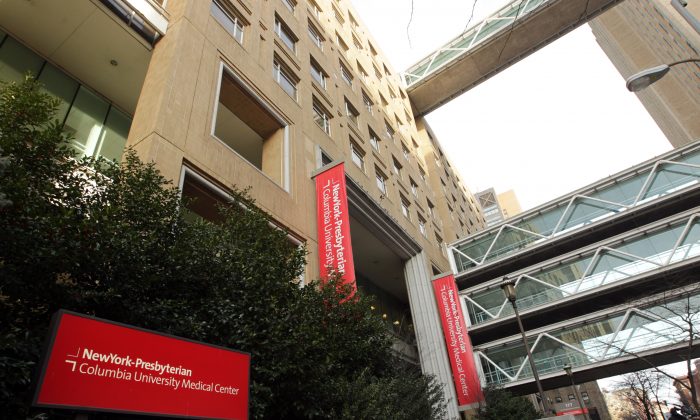 NEW YORK—The cost of health care for municipal workers has nearly doubled in the last decade and the city is looking for ways to reduce its burden.

The benefits have made working for New York City attractive, but come with a cost. In fiscal year 2002, the city spent $2 billion on health care. By fiscal year 2016, it is projected to spend $7 billion.

In April, Deputy Mayor Cas Holloway spoke about the gravity of the situation and made an offer to the unions that included premiums as well as a renegotiated insurance plan. The unions rejected it and little has transpired with the negotiations since.

The unions may have not been able to agree on a deal with the city, but both sides agree that saving money on health care is the right thing to do. A number of solutions, like having city workers pay premiums in line with other major municipalities and private companies, have been suggested. Unions have not warmed to the idea.

The municipal labor force consists of roughly 500,000 people. The retirees, who make up 40 percent of the total, rely on health care provided by the city.

All of the city’s 100 municipal labor unions have been out of contract since as early as 2009.

“There are a lot of people involved in this,” said Harry Nespoli, chairman of the Municipal Labor Committee (MLC), the group responsible for negotiating health care benefits for the municipal unions, in a phone interview Wednesday.

In addition to premium rate increases, the city sent out a request for proposals to find cheaper health care than the current provider, EmblemHealth.

The deal pitched by Holloway, which did not include retroactive pay for workers—another major negotiating point between unions and the city—was rejected. Union leadership also sued to block the city from looking for other insurance providers.

Despite the lawsuit, EmblemHealth agreed to refrain from a rate increase on premiums for the first time in 15 years. The move will save $400 million annually.

“Common-sense reforms that reduce costs and improve the quality of care for city employees are goals that the city’s unions should support, not frustrate and delay,” said Holloway in an emailed statement on Oct. 8.

In the past, the MLC had sat down with the unions before going to the vendors, and was successful in reducing health care costs, said Nespoli. The city’s move to find a health care provider did not follow past protocol for negotiations, something, which angered union leaders.

In addition, Nespoli said the unions have made concessions before, and it is time for the city to pay up.

“We gave up wage increases for our members to have benefits,” Nespoli said, “Are they going to give us the wage increases that over the years we gave up to get to the point of having medical coverage for our families?”

In New York City, only 5 percent of municipal workers contribute to their premiums.

On the other hand 93 percent of employees in both public and private sectors nationwide contribute to individual plans, and 92 percent contribute to family plans, according to a report by the Citizens Budget Commission (CBC), a nonpartisan watchdog group.

In San Francisco the city pays for early retirees but not for family coverage. Los Angeles only pays if workers put in 25 years of service.

At age 65, Medicare, the government sponsored health care, kicks in. In New York City municipal workers are also reimbursed for Medicare Part B, a form of supplemental coverage.

This is perhaps the most generous benefit, as no other public employer in the country reimburses Medicare Part B for retirees and their families. Only Los Angeles reimburses for the retiree, but not for the spouse.

In its report, the CBC offered solutions to help curb the ballooning costs, which will continue to eat up more portions of the budget earmarked for other services.

The report suggests implementing a premium sharing for current employees and early retirees. It also calls for eliminating all or part of Medicare Part B reimbursements. If all the measures are adopted, the city would save $1.8 billion in fiscal year 2014, and $2.2 billion in 2016.

When asked if the unions would be open to an increase in premiums, Nespoli said no, adding they could find savings through negotiation, as they have in the past.

“We are willing to call in the vendors again to lower their premiums so it does not cost the city that much money,” Nespoli said.

Whoever is elected to the mayor’s office in November will be responsible for negotiating the contracts, as well as the health care benefits. The City Council will also play a major role, as legislation would be required to increase premiums or eliminate Medicare Part B reimbursements.

Democratic nominee Bill de Blasio, who has been an outspoken supporter of unions throughout his career, does not see raising premiums as the only option.

According to the plan, the clinics would benefit from the lower costs HHC already enjoys. They would also offer preventative care to decrease the long-term costs of health care.

“The city could save $750 million to $2 billion through long term savings by investing just 2 percent of current health care spending in these clinics over four years,” the policy states.

Republican Joe Lhota did not return multiple requests for comment by press time. His website did not offer a suggestion for reducing health care costs.

“Obamacare,” the now mandated health care system in the United States, may be a wildcard solution. The plan was pitched as a way to dramatically reduce health care costs.

Dr. Michelle Holder, senior labor market analyst with Community Service Society of New York, said she believes that “Obamacare” will reduce health insurance premiums in the long term. She based her assessment in part on the evidence from Massachusetts, which implemented a program similar to “Obamacare” that was successful in reducing costs.

“However, in the short term, it’s difficult to predict whether health insurance costs for large employers, including the government, will go up or down,” Dr. Holder wrote in an email.

She cited a decrease in the first two years for the uninsured in the Massachusetts program, but an increase for companies paying for worker coverage. This trend reversed shortly after.

Regardless of the solution, the next administration will have what is sure to be a rocky road—attempting to appease the labor unions on both wages and healthcare benefits, while continuing to be fiscally responsible.

“I don’t envy the new administration coming in at all,” Nespoli said.