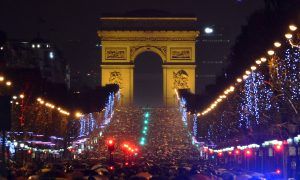 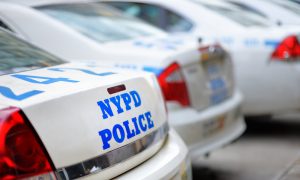 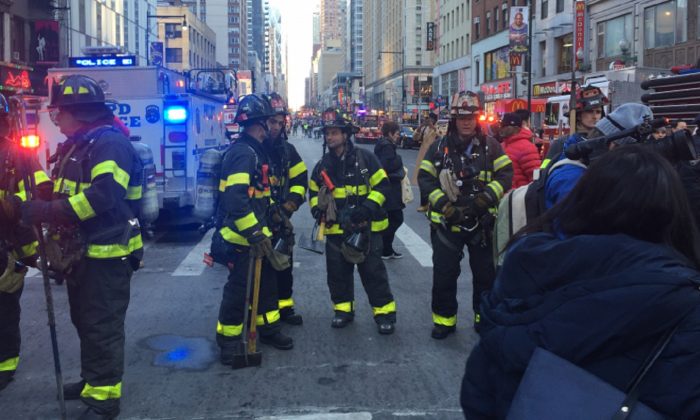 The man who set off a bomb at a central bus terminal in New York City on Monday morning was identified as 27-year-old Akayed Ullah, Daily Beast reported, citing the to New York Police Department Commissioner John O’Neil.

Ullah reportedly came to the United States seven years ago, a U.S. official told Daily Beast. He lived in Brooklyn and reportedly came from Bangladesh, a country where 90 percent of the population is Muslim.

The blast injured four people, according to the New York Fire Department.

Ullah set off a low-tech explosive described by several media as a pipe bomb. Photos posted on social media show that the device was strapped to his stomach with zip ties.

Police had to strip Ullah of his clothes in order to remove the device, the New York Times reported. The terror suspect was taken into custody and was listed in serious condition at the Bellevue Hospital Center.

Ullah was alone when the device detonated and the explosion seemed to go off prematurely, according to the police. A city official told New York Times that a surveillance camera recorded the explosion.

New York City Mayor Bill de Blasio called the explosion an attempted terrorist attack. There were no other devices found, the mayor said.

“Our lives revolve around the subway,” de Blasio told reported, according to the Times. “The choice of New York is always for a reason, because we are beacons of the world. And we show that a society of many backgrounds and many faiths can work.”

“The terrorists want to undermine that,” he added. “They yearn to attack New York City.”

PICTURED: suspected bomber being wheeled onto a ambulance after the explosion pic.twitter.com/U9PZsECchL

The metro began skipping the 42nd street station after the explosion. Commuters rushed to flee as emergency personnel worked to clear people out of the bus terminal.

“I was going through the turnstile,” 62-year-old Andre Rodriguez told the Times. “It sounded like an explosion, and everybody started running.”

“A woman fell, and nobody even stopped to help her because it was so crazy,”Alicja Wlodkowski, 51, told the Times. “Then it all slowed down. I was standing and watching and scared.”

The bus terminal reopened around 10:20 a.m., according to the NYPD.