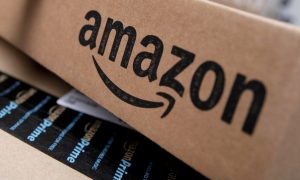 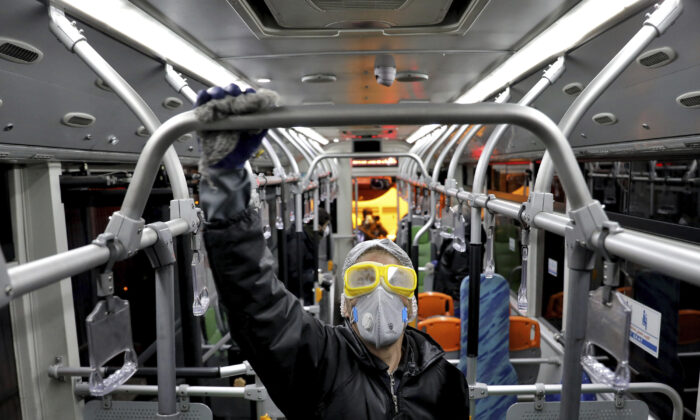 A worker disinfects a public bus against coronavirus in Tehran, Iran, in the early morning of Feb. 26, 2020. (Ebrahim Noroozi/AP Photo)
AMERICA

New York City agencies are on “high vigilance” for the COVID-19 coronavirus and ready to deal with its potential spread, officials said on Wednesday.

“No one should take this lightly,” Mayor Bill de Blasio said. “If you have symptoms that seem like a flu and there’s any possibility of a nexus to travel to those counties or anyone who’s been to those countries that’s close to you in your life, get to a doctor immediately,” he added, according to Fox New York.

De Blasio said in a press conference that health officials had distributed 1.5 million masks in New York, and he is seeking federal assistance for more masks. The mayor said that New Yorkers don’t need to wear a mask in public.

The mayor and the city’s health commissioner said 1,200 hospital beds could be made available immediately if needed. He is calling for expanding the Centers for Disease Control and Prevention (CDC) testing and is urging the CDC to expand testing of people arriving from high-risk areas outside of China, including Iran, Italy, Japan, Singapore, South Korea, Taiwan, Hong Kong, and Thailand.

“This situation is not a situation that should cause undue fear,” Gov. Andrew Cuomo told a separate news conference, saying that 27 people in New York have tested negative for the virus. There are no confirmed cases in the state.

Earlier on Wednesday, Health and Human Services Secretary Alex Azar said a total of 59 cases of coronavirus had been confirmed in the United States so far.

The U.S. Centers for Disease Control and Prevention said on Tuesday that while the immediate risk was low, the global situation suggested a pandemic was likely.

“It’s not a question of if. It’s a question of when and how many people will be infected,” said the CDC’s principal deputy director, Anne Schuchat.