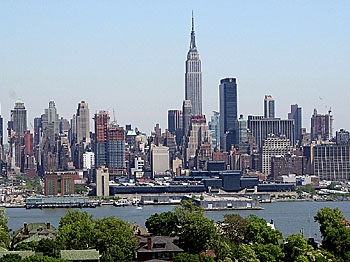 STABILIZATION: Prices have stopped plummeting and sales are increasing in the New York City residential housing market, according to a Real Estate Board of New York report based on the last quarter of 2009. (Charlotte Cuthbertson/The Epoch Times)
US

Charlotte Cuthbertson
Senior Reporter
Charlotte Cuthbertson is a senior reporter with The Epoch Times who primarily covers border security and the opioid crisis.
View profile
Follow
biggersmaller
Print
NEW YORK—The housing market in New York City appears to be on the upward climb as sales pick up and price declines slow. Hit hard by the recession more than a year ago, forecasters have been reluctant to identify the bottom of the slump, but remain positive that the residential market will stabilize this year.

Sales volume is up by 20 percent in the third quarter of 2009 throughout the city, reaching 11,691 deals, according to a fourth-quarter report by The Real Estate Board of New York (REBNY).

The total dollar value also increased 18 percent compared to the fourth quarter of 2008, said the report.

“The data in this report is an encouraging sign that the residential real estate market is headed in a positive direction and indicates the beginning of a recovery,” said Steven Spinola, REBNY president in a release. “Although we may not be seeing the all-time high prices that we were achieving before the downturn, we are observing a pattern that says things are definitely getting back on track.”

The trends in dollar values, sales volume, and the slowdown in price declines, suggest that the still-fragile New York City residential market is becoming more stable, predicts the report.

Commercial real estate, on the other hand, is still heading down as big loans become due over the next few years—at the same time refinancing is tighter and values are lower.

In the fourth quarter of last year, Manhattan accounted for 47 percent of the total residential sales value in the city, according to the REBNY report.

A tiny increase in home sale prices was recorded quarter-to-quarter and year-to-year, the report said. Some of these gains were bolstered by a flurry of closings in new condominium buildings at the end of 2009.

“Next quarter will be an important test for the New York City residential market,” Spinola said. “If the market can carry the momentum of its current performance through the traditional seasonal slowdown in the first quarter of the year, we can say with more confidence that our market has recovered.”