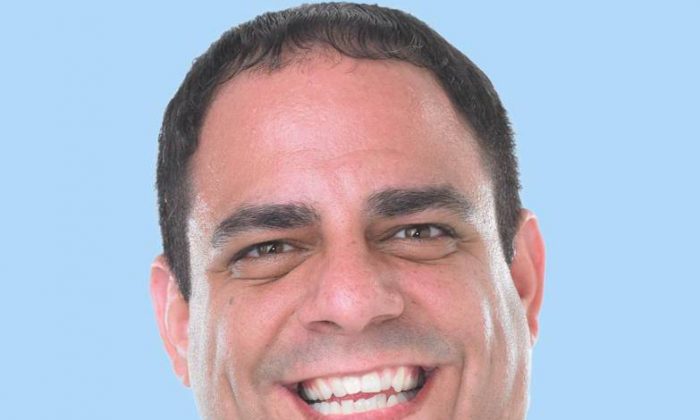 Twenty-first Avenue had no traffic signs through seven intersections. High schools, a Boys and Girls Club, senior centers, and small businesses carried significant pedestrian traffic along the street. Constantinides installed a speed bump at key points. “That street functions more like a highway than a street,” he said.

He also worked on a number of environmental issues as Chair of the Environmental Protection Committee. He helped write some of the toughest laws to protect drinking water, reduce greenhouse gas emissions, protect the city’s wetlands, and ban hydrofracking. His goals were to make sure that New York is using more biofuels, solar, and other renewable energy sources.

Constantinides has two bills this month. One will require all city ferries to have a certain percentage of biofuels in their gas tanks. The other will require potholes to get fixed within 10 business days of notification. He wants residents to report any potholes, and the city to respond promptly. “That’s the ultimate moment of whether government is being responsive,” he said.

Another goal is to make travel easier for his constituents. “We want to bring ferry service to western Queens,” he said. He wants to make the commute easier and increase the access to the Astoria landmarks, without introducing more subway lines.

He wants to create jobs. The new Cornel University campus built on Roosevelt Island will have a high tech student center and provide opportunities for the community. “We want those folks living here in Western Queens, we want them building the next Facebook, the next Twitter. We want those new-age jobs right here in our community,” he said.

Another priority for Constantinides is addressing the eyesore of school trailers. He says they crowd school yards. Some schools have used them for over 10 years. “They were meant to be temporary solutions, [but] in many cases they’re permanently part of the Department of Education repertoire,” he said.

He supports universal pre-K, but that typically requires more space. “We have to find creative solutions,” the council member said. Then he wants to focus on cleaning up trash, which is a quality of life issue. “The only thing I can talk to [The Department of] Sanitation right now is snow removal,” he said. “I’m completely voting against winter next year. I’m done with winter,” he said. The problem in Astoria is that once the winter sets in, the Department of Sanitation focuses on snow removal, and people start dumping their trash into the corner cans. “This is not the person with one magazine. I’m talking about black bags of garbage,” he said.

For the district’s constituents, garbage removal is the number one issue. Another concern is to give homeowners on fixed incomes a tax break and he’s asking the Finance Department to reassess homes. “We want New York City to be affordable for all,” he said. Traffic safety also concerns the people he represents and Constantinides wants to continue making 21st Avenue safer. He wants to install count-down clocks and more traffic lights.

The council member considers the waterfront his district’s main asset and would use a boat in his coat of arms. “It’s really our undiscovered country in Astoria,” he said. Beyond a coat of arms, Constantinides also wants to build an Eco Dock, and get kayaking and pleasure-boating. He wants to learn more about his district’s eco-system, bring the ferry in, and allow more people to enjoy the waterfront.

“Look to the future,” would be his slogan. The waterfront provides many opportunities for the people he represents, whether it be the new Cornell University graduate school for technology campus with its tech center on Roosevelt Island, or restaurants along the waterway. “We have an opportunity to lift all boats,” he said.