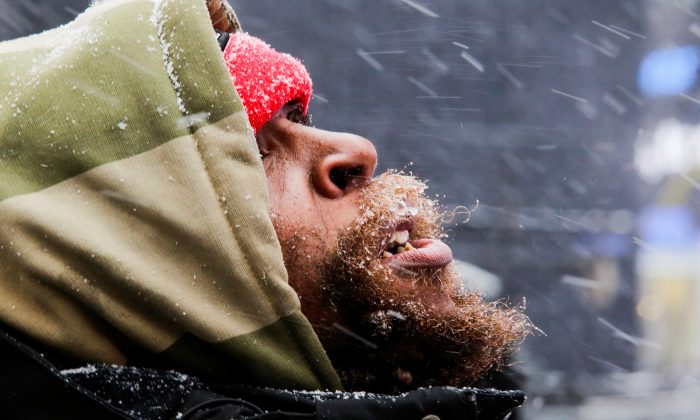 A man looks at falling snow at Times Square as a cold weather front hits the region, in Manhattan, New York on Dec. 30, 2017. (Reuters/Eduardo Munoz)
US News

New York City closed all its schools on Thursday, Jan. 4, as snow covers the region.

“With some extreme weather in the early morning forecast, the Mayor’s made the decision to close New York City schools tomorrow,” a spokesperson for the mayor told PIX11.

An expected 6 to 8 inches could fall in New York City.

Areas near New York City could see a foot of snow, according to weather forecasters.

A full list of schools in New York and New Jersey that are closed can be viewed here.

The National Weather Service expects sustained winds of about 20 to 30 mph and gusts of up to 50 mph, Fox5  reported.