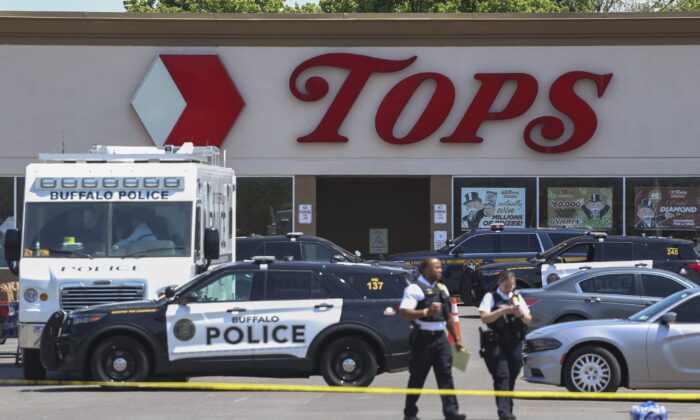 New York State’s standardized exam for U.S. history has been canceled because of content that could potentially “compound student trauma caused by the recent violence in Buffalo,” education officials announced on Tuesday.

Originally scheduled for June 1, the New York State U.S. History Regents Exam had already been printed and packaged for shipment to individual schools, according to a letter from state Education Commissioner Betty Rosa.

“While developed by [New York State]-certified social studies teachers more than two years ago and field-tested to confirm that the exam’s content is educationally sound, the tragedy in Buffalo has created an unexpected and unintended context for the planned assessment,” Rosa wrote in the letter to school administrators.

“It is not possible to produce a test with different content or to make modifications to the developed assessment in the short time period before the administration date,” she added.

It remains unclear exactly what the allegedly problematic content is about or why it was deemed to have the potential to invoke trauma.

Students who need to take the exam in order to graduate high school are expected to get an exemption, according to the announcement. The exemption will cover anyone who is planning to take this exam in June 2022, August 2022, or January 2023.

The decision comes after a shooting on May 14 at a supermarket in Buffalo left 10 people dead and three injured. The suspect, identified as 18-year-old Payton Gendron, has pleaded not guilty to first-degree murder charges, and is reportedly being held without bail.

In a manifesto posted online, Gendron said he chose Buffalo because of it has a high concentration of black residents, and that New York’s gun laws are so restrictive that he would unlikely be interrupted by heavily armed civilians while carrying out the attack. He described himself as an anti-Semite and white supremacist against what he called “cultural and racial replacement” in the Western world.

In the wake of the shooting, New York Gov. Kathy Hochul has put forth new measures and signed an executive order to “strengthen and close loopholes” in her state’s gun laws.

The weapon used in the attack, an AR-15 style rifle, was legally purchased this year from a gun shop in upstate New York, according to reports. The shop’s background check on Gendron had not returned any red flags.

“The gun the individual purchased in our state was legal,” Hochul said at a May 18 press briefing. “But what happened was, is that you can go literally across the border to Pennsylvania and buy a magazine with 30 bullets in it. And that’s what happened. You can get the base gun here legally in the state of New York, go buy a high-capacity magazine, and just attach it.”

As part of the proposed measures, Hochul said the state will enhance its existing “Red Flag” laws, which allow law enforcement to confiscate guns from those who are believed to pose a danger to themselves or others.

“People are wondering how you had the right to acquire the weapon in the first place when you are this individual. We have red flag laws in place to prevent exactly this situation,” she said.