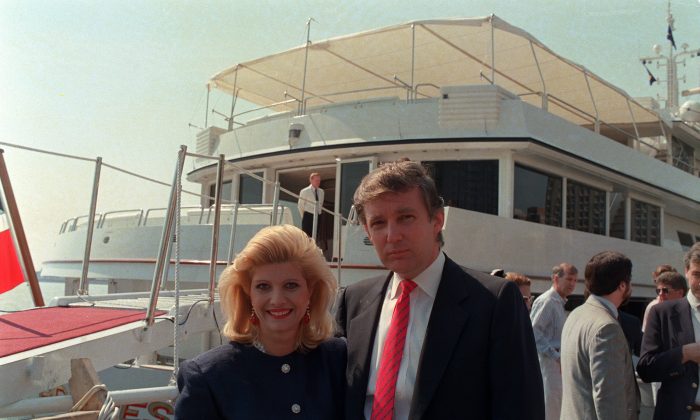 The family confirmed Ivana Trump died in New York City on Thursday. She was 73.

“In light of the passing of Ivana Trump yesterday, we received a request from counsel for Donald Trump and his children to adjourn all three depositions, which we have agreed to. This is a temporary delay and the depositions will be rescheduled as soon as possible. There is no other information about dates or otherwise to provide at this time,” a spokesperson for James told news outlets Friday.

The office had planned to hold depositions for the former president, Donald Trump Jr., and Ivanka Trump as part of its investigation into the Trump Organization’s business practices. Trump has said that the inquiry is politically motivated.

City officials told local media that it’s believed she died of natural causes after reports indicated first responders were called to her home on the Upper East Side after an individual suffered cardiac arrest.

Authorities found her unconscious near the bottom of a staircase at her residence and pronounced her dead at the scene, officials told Fox News. It’s not clear if she fell to her death.

On Thursday, former President Trump wrote on Truth Social that his first wife and mother of three children had died. The pair were married between 1977 and 1992.

“I am very saddened to inform all of those that loved her, of which there are many, that Ivana Trump has passed away at her home in New York City,” Trump said in a statement. “She was a wonderful, beautiful, and amazing woman, who led a great and inspirational life.”

Meanwhile, Ivanka Trump posted on Twitter that she was “heartbroken by the passing of (her) mother,” before saying: “Mom was brilliant, charming, passionate and wickedly funny. She lived life to the fullest—never forgoing an opportunity to laugh and dance. I will miss her forever and will keep her memory alive in our hearts always.”

Eric Trump wrote on Instagram that his mother was “a force in business, a world-class athlete, a radiant beauty, and caring mother and friend.”

In 2017, Ivana Trump—who was born in the former Czechoslovakia—told CBS News that she was offered to be the ambassador for the Czech Republic but turned it down.

“I was just offered to be the American ambassador to Czech Republic—and Donald told me. He said, ‘Ivana, if you want it, I give it to you,’” Ivana Trump said in the interview. “But I like my freedom. I like to do what I want to do, go wherever I want to go with whomever I want to go. And I can afford my lifestyle.”