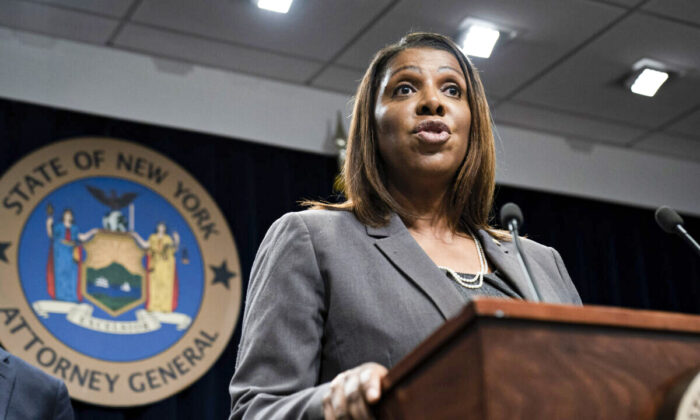 “I have come to the conclusion that I must continue my work as attorney general. There are a number of important investigations and cases that are underway, and I intend to finish the job,” she wrote, without elaborating. “I am running for re-election to complete the work New Yorkers elected me to do.”

While in office, Cuomo said that James’ probe into his office was politically motivated and was designed to boost James’ political aspirations. Later, a former staffer pressed misdemeanor forcible touching charges against Cuomo.

The former governor is scheduled to appear in court on Jan. 7 on the charges.

As governor, Cuomo endorsed James for attorney general and headlined a fundraiser for her in 2018 as she ran in a four-way Democratic primary to replace Eric Schneiderman, who abruptly resigned amid allegations that he abused women.

Since taking office, James also filed a lawsuit against the National Rifle Association (NRA) and is probing former President Donald Trump’s company dealings. She reportedly is going to issue a subpoena against the former president to testify as part of a civil fraud investigation.

James also investigated nursing home deaths in New York and released a report earlier this year, finding the state undercounted nursing home COVID-19 deaths by about up to 50 percent.

On the Republican side, Rep. Lee Zeldin (R-N.Y.) is running for governor, having received the support of the GOP’s leadership.